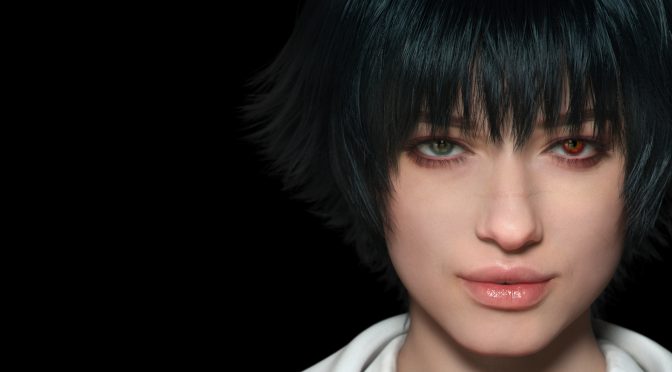 Well, I’m pretty sure that most of you saw this coming. Devil May Cry 5 is the latest triple-A game that has been released and the first nude mods for it are already available for download. These first mods will swaps out all of Nico’s, Lady’s and V’s character models with naked versions.

Going into more details, the nude mod for Lady basically swaps out all Lady’s character models for the naked version that is already included in the base game. This version does not feature any nipples or other naughty details (thus making Lady look like a barbie doll), though we are pretty sure that other modders will be able to offer better versions of this mod really soon.

Similarly, the nude mod for V lacks a penis due to gameplay or story reasons. We want spoil anything but, again, we are certain that other modders will release a better naked version of this mod in the near future.

I’m also certain that modders will release a nude mod for Trish (to be honest I’m surprised that there is a nude mod for V and not for Trish), and we may also see similar mods for Nero and Dante. Now while these could be cool, we won’t be sharing them when they come out (though this story may be updated in order to also feature them).

Modder ‘maliwei777’ also released a nude mod for Nico. This mod contains a topless Nico with nipples so I guess we can call it a ‘semi-nude‘ mod.

In order to install these mods, you’ll have download Fluffy Manager 5000 from here. You’ll have then to start up modmanager.exe and select Devil May Cry 5 as the current game, which will create the necessary folders. Then put NakedLady.rar and DMC5 Naked V.rar inside “[modmanager]\Games\DMC5\Mods”. Afterwards, press “Manage Mods” and Refresh list then check “NakedLady” and/or “NakedV” and/or “Nico Mod” to enable the mods. And that’s it.

Those interested can download the mods by browsing the NexusMods page for Devil May Cry 5 (you’ll have to be logged in and disable the Adult filter).