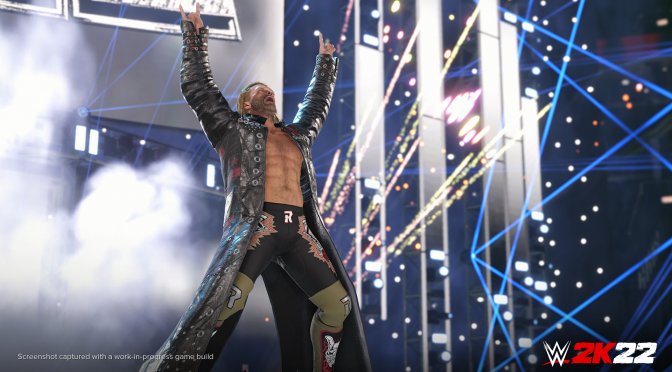 2K Games has released the first in-engine trailer for WWE 2K22. This trailer will give you a glimpse at the graphics and the new engine that will powering this new WWE game.

According to 2K Games, WWE 2K22 will feature “new controls, stunning graphics, and a redesigned engine.”

2K Games did not reveal the platforms for which WWE 2K22 will release. However, and since we’ve been getting old-gen versions of all 2K Games’ sports games, we can safely assume that we’ll get the old-gen version. That, or we won’t be getting it at all (if the game targets only next-gen consoles).

Lastly, the publisher plans to release the game in March 2022. It will also reveal more details about it in January 2022!