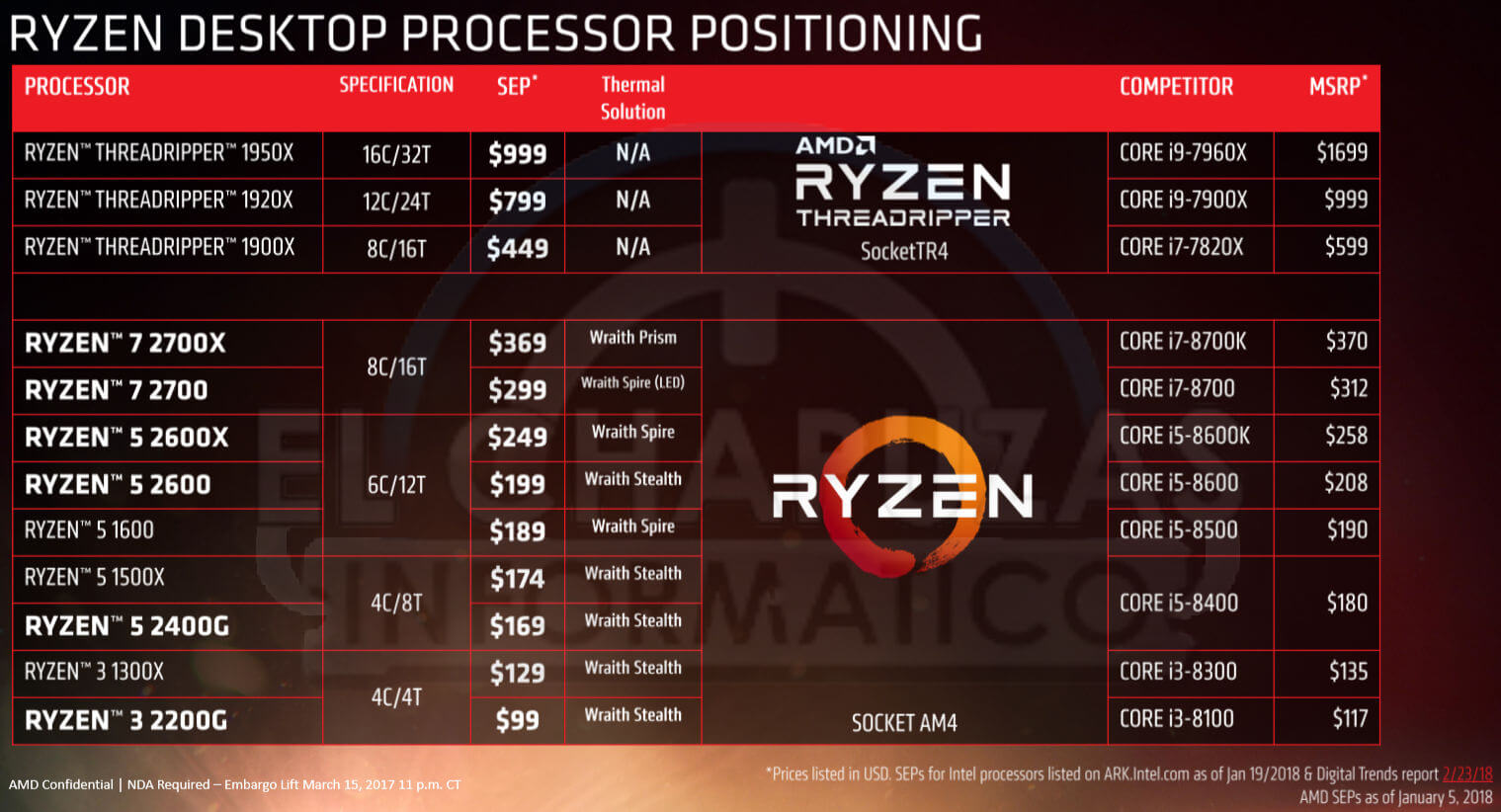 Surprisingly enough, AMD has shared the first gaming benchmarks at 1080p and admitted that its flagship CPU, the AMD Ryzen 7 2700X, is not faster than its direct competitor, the Intel i7 8700K. According to the graphs, the new Ryzen 7 CPU is around 7.7% slower in a variety of games than the i7 8700K. As such, those interested solely in PC games should stick with Intel’s CPU. 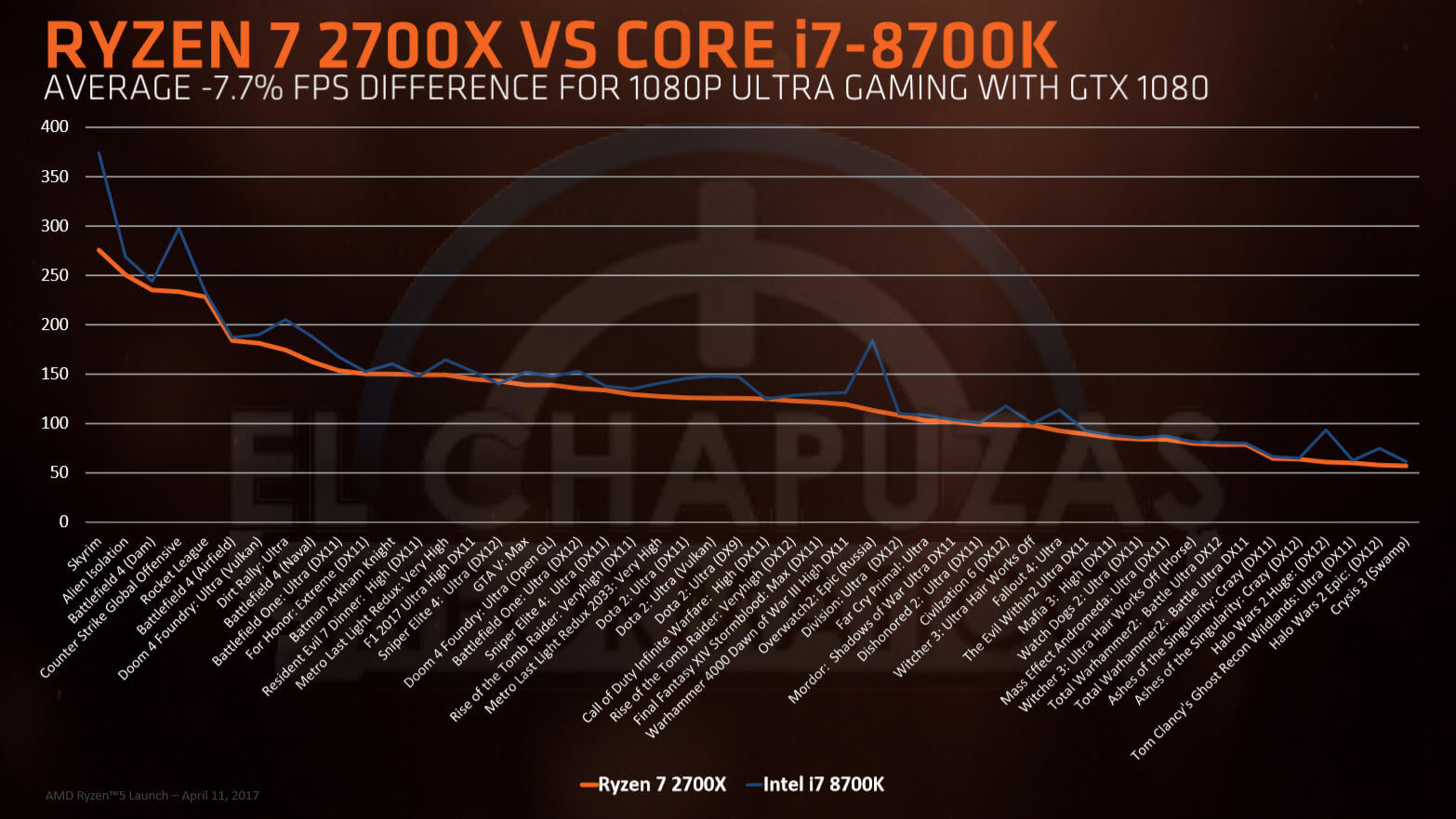 Compared to Ryzen 7 1800X, the upcoming AMD Ryzen 7 2700X CPU is faster by 5% in a variety of games at 1080p. Yes, AMD is finally offering proper CPU benchmarks and not ones that are in ridiculously high 4K resolutions. What’s also interesting is that the red team actually used NVIDIA’s GTX1080 for these tests. 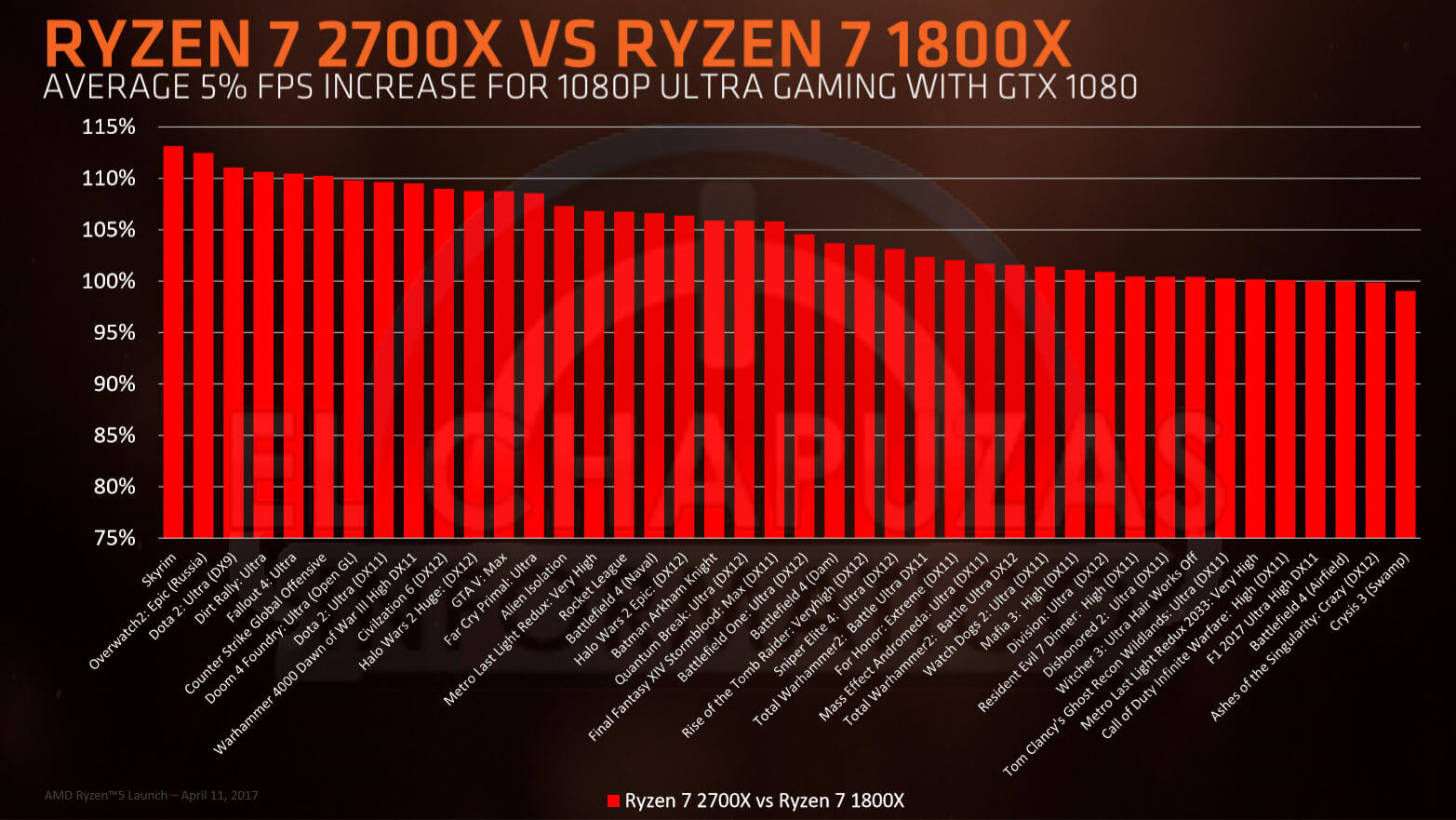 Last but not least, the first X470 motherboards will launch this April, meaning that these new CPUs may also launch in the very same month.