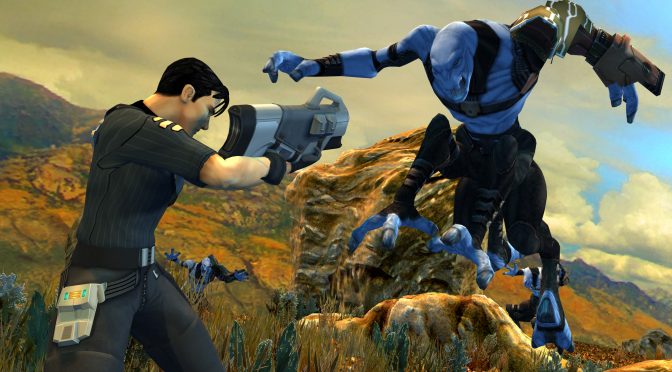 Advent Rising is an action-adventure third-person shooter that was originally released in 2005. And after more than ten whole years – to be precise after 13 years – Majesco released a brand new update for it on Steam.

According to Ryan, an associate producer at Majesco, this update improves and makes the experience more enjoyable on modern-day systems. Majesco also plans to release more patches/updates for this game in the future, something that really surprised us.

“We first launched Advent Rising in 2005 and to this day we’re constantly amazed and humbled by the dedication and love shown to the game by fans. Even here at Majesco, Advent Rising holds a special place in our hearts. While we don’t have any new titles to announce at this time, I’m pleased and excited to announce that we have various updates planned for the original game, starting with an update to make the experience more enjoyable on modern systems.”

Majesco will reveal more details about this first update that is already available for Advent Rising soon, so we’ll be sure to update this story with the changelog once it’s available!