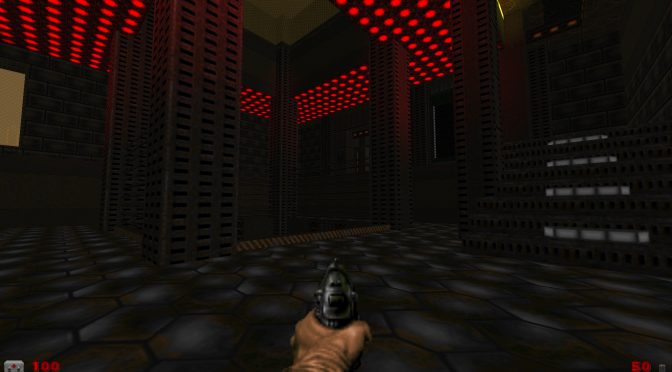 Modder ‘SergeJkn’ has announced the release of the first episode for Doom II: Annie mod. This first episode features 4 challenging levels on Thanatos, which is the first planet where players will battle with the demonic hordes and finally, Annie herself.

According to the modder, this episode features many custom elements included like textures, music, sounds, entities and GZDoom specific features. SergeJkn claimed that he has tried his best to give the project a different, more modern look while also keeping intact the fast hardcore action that all classic Doom games are well known for.

In case you weren’t aware of, Doom II: Annie is a new mod that will feature 16 detailed new levels, divided into 4 distinct episodes. This mod will come with new monsters, textures, graphics, sounds and music, and will feature some special GZDoom features like fog, slopes and 3D-floors. Moreover, this project does not feature any dialogues or RPG-systems and promises to be packed with just plain hardcore shooter action.

Those interested can download the first episode from here. In order to play it, you’ll simply have to move Annie-E1.zip to the directory where your GZDoom.exe file is located, and then drag and drop Annie-E1.zip to GZDoom.exe to start!