It appears that the first gaming benchmarks for Intel’s 10th generation CPUs have surfaced online. However, these benchmarks are not for its high-end model. Instead, we can get an early taste of how the Intel Core i5 10400 performs in three games.

The following graphs originate from the Chinese review channel over at Bilibili, TecLab. TecLab has tested the Intel Core i5 10400 against the Intel Core i5 9400F and the Intel Core i7 9700F. TecLab also benchmarked three games. The first one is Assassin’s Creed Odyssey, the second is Grand Theft Auto 5 and the third one could be Far Cry 5. I don’t speak Chinese so I don’t know what this game is.

But anyway, as we can see, the Intel Core i5 10400 is faster than the Intel Core i5 9400F in both AC: Odyssey and GTA5. This does not really surprise us. After all, and thanks to Hyper Threading, we expect this CPU to perform better in most modern-day games.

So yeah, these early gaming benchmarks look promising. The Intel Core i5 10400 will have 6 CPU cores, will support 12 threads, and will be priced at $182.

Let’s hope that the first third-party gaming benchmarks for the high-end model, the Intel Core i9 10900K will appear sooner than later. 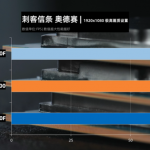 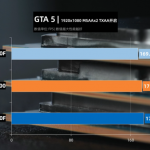 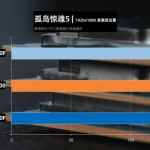