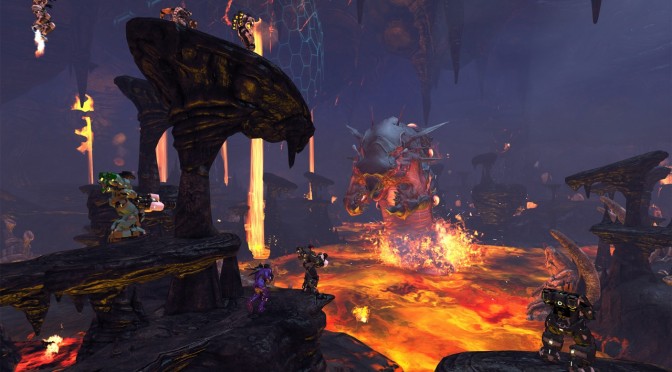 As the press release reads, this new update follows recent additions to Firefall which greatly increased the number of dynamic events spawned around the world as well as significantly improved ARES job rewards.

Update 1.1: Elemental Destruction incorporates two never-before-seen weapons and devastating damage modifiers to the Accord armory. The Plasma Flak Cannon, designed for Assault battleframes, fires a deadly blast that explodes upon impact or after a set amount of time, dealing area of effect (AOE) damage. The Biotech class gets the virulent Bio Injector, a weapon that fires lethal needles which inflicts poison damage to enemies upon impact. Moreover, the alternate fire of the Bio Injector is designed to apply heal over time to target allies.

In addition to the new artillery, this update also introduces six elemental weapon capabilities for both primary and secondary weapons designed to burn, poison, and shock the opposing forces in Firefall. Energy based weapon modifiers including beam, laser beam, microplasma, and emissive microplasma, has also been added to shotguns, assault rifles, burst rifle, and sub-machine guns to make secondary armaments more lethal.

The Hardcore version of Kanaloa the Destroyer has been unleashed with a few twists to the legendary titan battle. Seasoned veterans will have to form a highly skilled alliance in order to conquer this titan and reap the new epic loots.

Five additional dynamic events can also be found around the world of Firefall along with the all-new Chosen Offensive live event. Chosen Offensive will be available on Sept. 21, Sept. 28, and Oct. 5 from 11:00am to 3:00pm PDT. These hostile skirmishes are designed to terrorize players and keep them on their toes throughout their journey in New Eden. 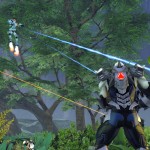 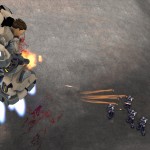 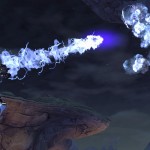 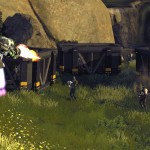 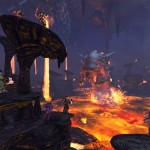 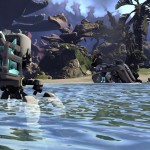