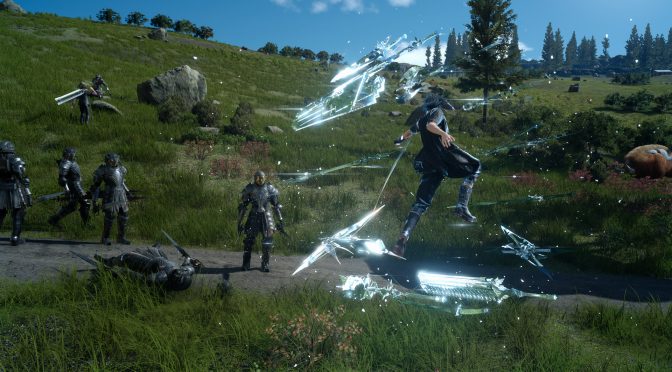 Final Fantasy XV is coming to the PC on March 6th and according to its official website, it will have retailer exclusive pre-order bonuses. As we’ve said numerous times, we are against pre-orders, however, this is information that some of you should be aware of before jumping on the FFXV PC bandwagon.

As you can see, the most useful pack is the Powerup pack which will be exclusive to the Windows Store version. Also note that the physical version disc will not come with a pre-order bonus or early purchase bonus.

Final Fantasy XV will support native 4K and 8K resolutions and HDR10 on the PC, will come with built-in mod support, will be compatible with high-resolution displays, and will receive a benchmark tool on February 1st.

Kudos to our reader ‘Tallcat’ for informing us!