Final Fantasy XV releases next month on the PC and according to its official Windows Store page, it will support cross-play co-op between Xbox One and Windows 10. And as you may have guessed, the cross-play platform support will only be exclusive to the Win10 version (meaning that the Steam users won’t be able to play with the Xbox One players). 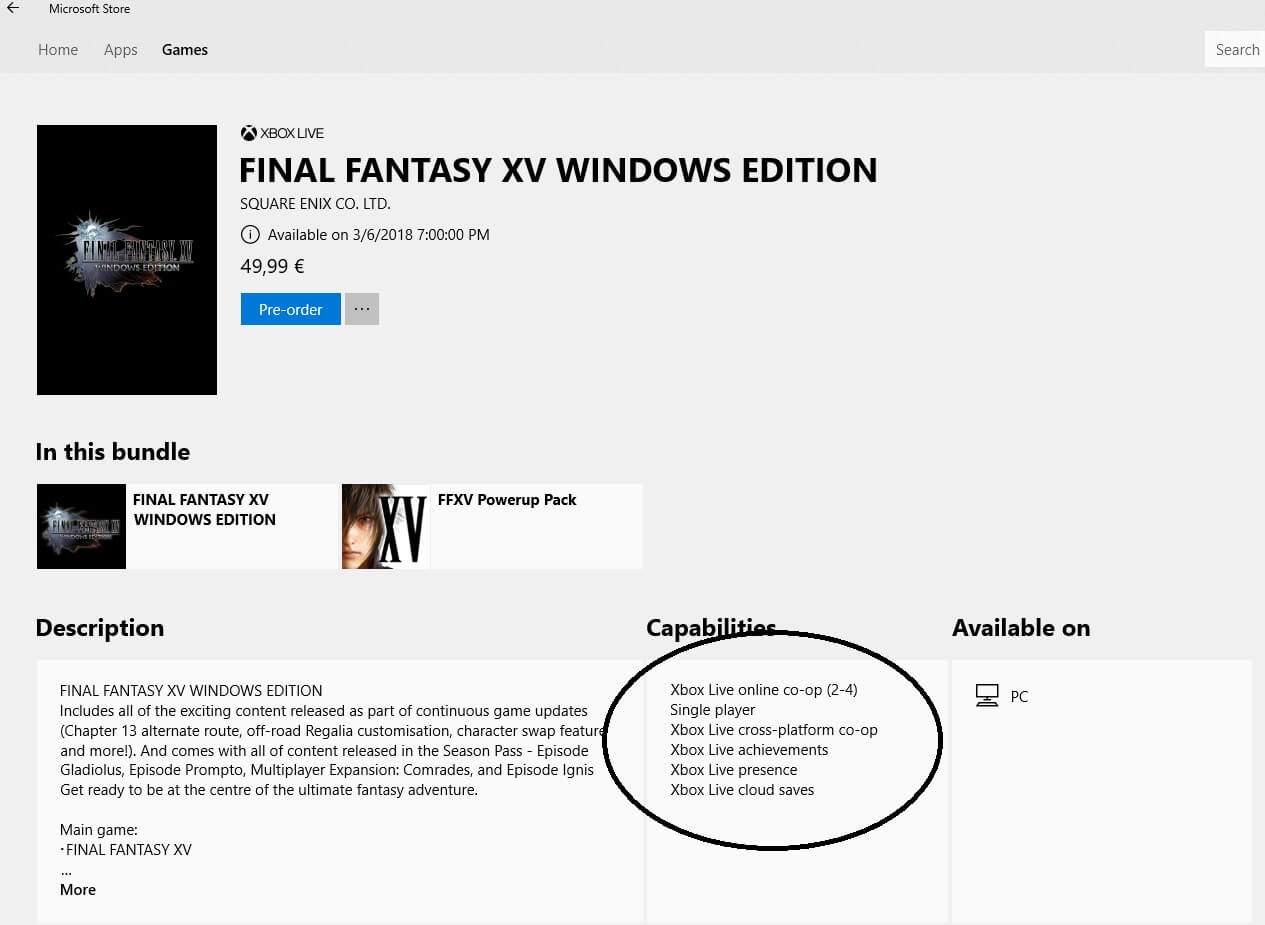 The PC version of Final Fantasy XV will feature all the DLCs that were released for consoles. The third DLC, called Comrades, focuses on co-op multiplayer in which teams take on missions to hold back the darkness and the monsters that lurk within it. As such, this DLC will most likely support cross-play between Xbox One and PC.

In short, don’t expect a full co-op experience for the game’s main storyline. Still, this may be something that will interest a number of players.