Now here is something really interesting. The Steam logo appeared out of nowhere on the official website for Final Fantasy 13, suggesting that this JRPG from Square Enix may find its way on our platform. Naturally, take this with a grain of salt, however we may hear about it in the next couple of days (during TGS 2014 that begins tomorrow).

For obvious reasons, we grabbed a screenshot that shows the Steam logo on FFXIII’s official Japanese website (in case Square Enix removes it). 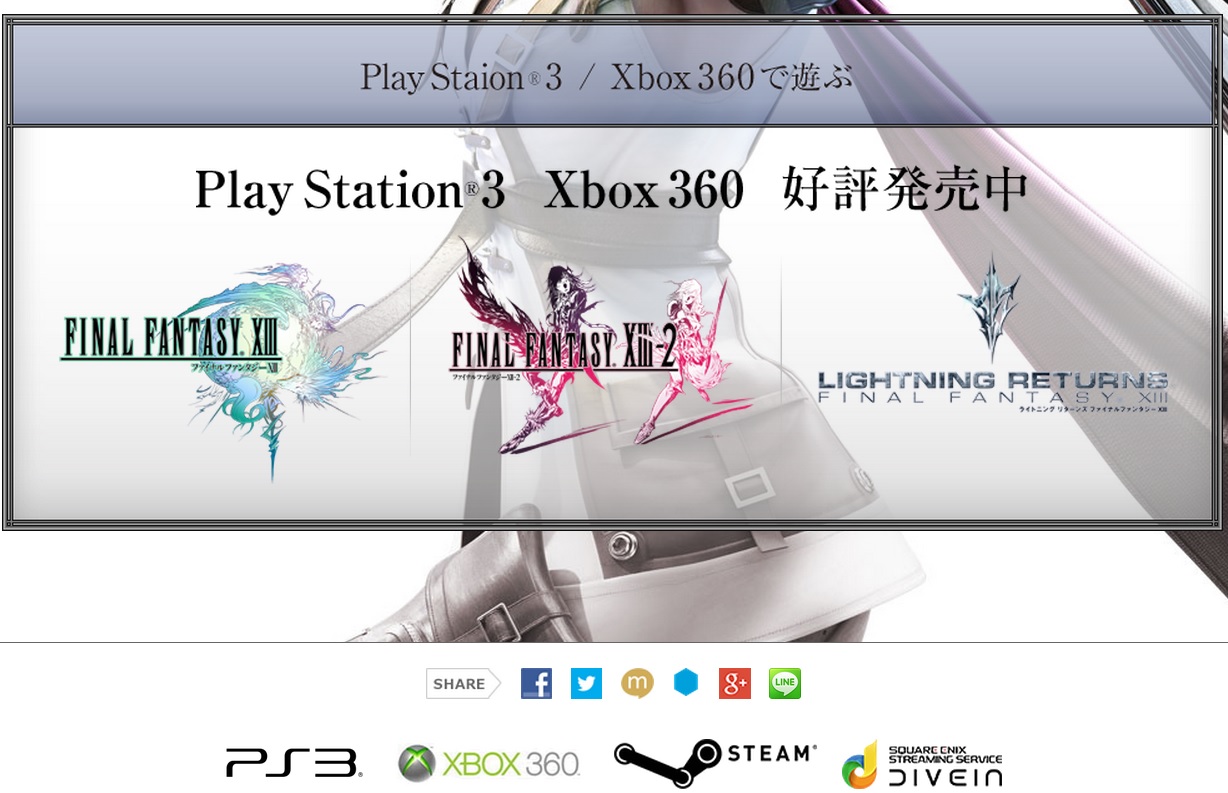 It’s pretty unclear which Final Fantasy 13 (FFXIII, FFXIII-2 or FFXIII Lighting Returns) will hit the PC. Perhaps a bundle featuring all of them? Now that would be a great surprise.

For what is worth, Final Fantasy IV has been rated by PEGI, suggesting that the DS/iOS version of this classic JRPG will be coming to Valve’s distribution service soon.

There is no doubt that this news will please most FF PC fans, as it opens up the possibility of a PC version for Final Fantasy XV.