As the press release reads, the game will be available to download via the Square Enix online store and the Steam PC digital service (amongst others), priced at $15.99. The game is available to pre-order now, with those pre-ordering the Steam version receiving 10% off. FINAL FANTASY XIII trilogy will also offer a set of Steam Trading Cards for players to collect and exchange.

Square Enix has also released some new screenshots, as well as the PC requirements for FINAL FANTASY XIII, that can be viewed below. 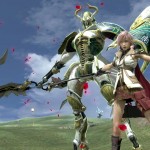 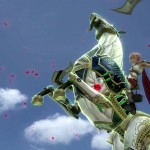