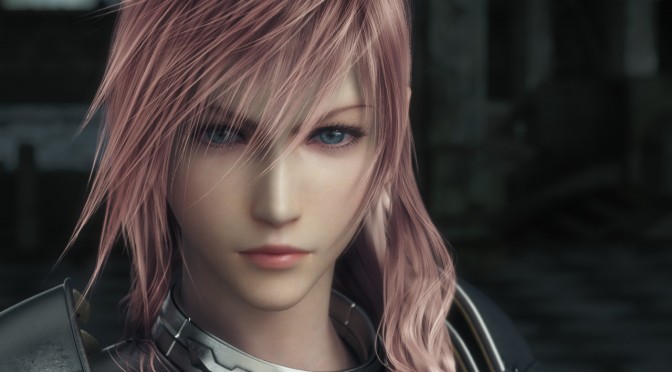 The PC launch of Final Fantasy XIII-2 includes a number of new features such as 60 FPS support from launch, customisable rendering resolution (720, 1080 and more) and Japanese Voice support with subtitles.

Square Enix can also confirm that following feedback from fans, the already released Final Fantasy XIII-2 on Windows PC will also be updated in December to include the customisable rendering resolution option.

Final Fantasy XIII-2 reveals further world-changing events from the amazing mythology as presented in the original Final Fantasy XIII, now featuring both familiar faces and new characters. The story of Final Fantasy XIII-2 is written in a way that can still be enjoyed without knowledge of the previous title, while series fans will find plenty of interesting references to the original story too. The game offers larger, more interactive environments with multiple pathways to explore, and many secrets to find.

Here are the key features of the PC version:

· Now Enhanced for Windows PC
Including a range of downloadable content from the original console version, plus the choice for either English or Japanese voiceovers, 60 frames-per-second graphics and customisable rendering resolution (720p, 1080p, and more).

· Larger, More Interactive Environments
Places with multiple pathways to explore, and many secrets to find, offer players the chance to shape the adventure their way – giving more variety, choice, and control over the experience.

· Time Travel – A New Dimension of Exploration
A new gameplay system called the Historia Crux, encourages players to experience choice and freedom in a way unlike any other FINAL FANTASY game. The situation, scenery, flora, fauna and weather conditions all change depending on when you visit that location. Some information and items can only be obtained in certain combinations of time and place. Untangling the threads of time is essential in witnessing the full story!

· Enhanced Battle System
The acclaimed battle system known of FINAL FANTASY has been developed to offer even greater quality. Additional choice and variety are available through new elements such as visually dynamic Cinematic Action sequences, and an innovative battle clock that will either reward or punish players depending on their actions and choices.

· Master of Monsters
A wide variety of over 150 different monsters inhabiting the game world can be recruited into the player’s party and battle strategy, with each creature having unique and devastating special abilities!

In addition, Square Enix has revealed the PC system requirements for Final Fantasy XIII-2 that can be viewed below!