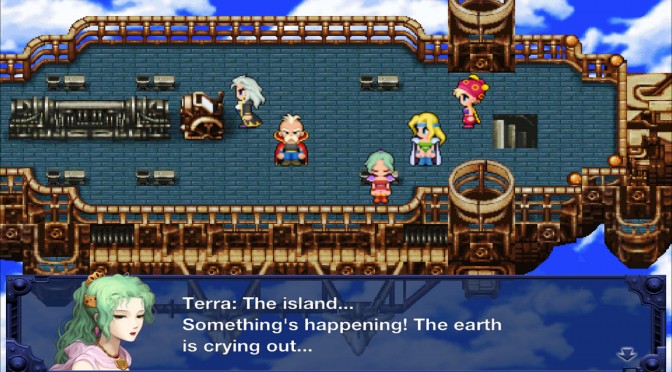 The official Steam store page for Final Fantasy VI has gone live, revealing the game’s release. Final Fantasy VI, considered from a lot of gamers to be the best FF ever, hits the PC on December 16th. The game will feature updated controls and active-time battle system optimized for fluid combat for PC, as well as Steam achievements and Trading cards.

Furthermore, it is stated that veteran character designer Kazuko Shibuya has recreated the graphics for this new version of Final Fantasy VI. Whether this is something that will please gamers or not remains to be seen.

In short, like pretty much all previous FF games, this is based on the mobile version that was released a while back.

We’ve included below the amazing reworked Opera Scene from Final Fantasy VI (don’t expect it to be similar in the PC version as this one was created by Elder-Geek.com), as well as the game’s Terra’s Theme.