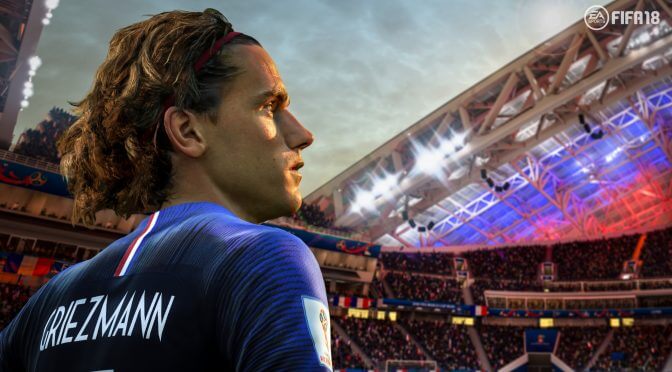 As promised, EA Sports released today the free World Cup update for FIFA 18. This patch is 4GB in size and can be downloaded right now from Origin. This free content update contains new World Cup game modes, as well as refreshed versions of the FIFA modes.

In FIFA World Cup Russia 2018, players will revel in the epic tournament exactly how it will play out in real life. Players can choose from any of the 32 qualified nations and play through the authentic tournament structure, from the group stage to the final in Moscow.

This update also introduces custom FIFA World Cup tournaments. Players will be able to select any licensed national team in FIFA 18, including Italy, USA, Netherlands, Chile and more and bring their FIFA World Cup dreams to life by creating their own tournament draw.