EA Sports has released the Gamescom 2012 trailer for its upcoming soccer game, Fifa 13. Fifa 13 promises to feature the most sophisticated artificial intelligence ever achieved for the FIFA franchise. In addition, the game will be packed with the second generation of the Player Impact Engine that expands physical play from just collisions to off-the-ball battles between players. FIFA 13 is out 25 September in North America and 28 September in Europe/UK. Enjoy!

EA Sports has also revealed three new screenshots from the PC version of Fifa 13, as well as its fact sheet. After a quick look, it seems that the PC version will be the same with the console one. Fifa 13 PC will support 22 players in online mode and will come with a new feature called EA Keyboard + Mouseplay.

According to the fact sheet, with this new feature players will accurately place through balls and throw-ins to open space, and perform 360 degree dribbling and skill moves, all with the mouse and keyboard.

EA Sports has also unveiled the PC Recommended Requirements for Fifa 13 that can be viewed below.

Enjoy the following screenshots and the Gamescom 2012 trailer! 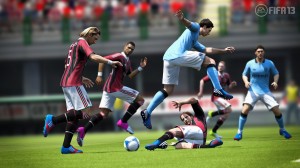 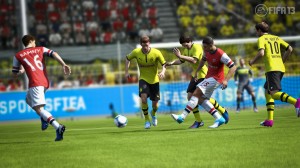 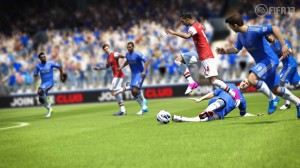