Soccer fans, get ready as we have some brand new information about the new version of your beloved Fifa series. David Rutter, the main producer of Fifa 13, told to everyone that was present at a recent London showcase that FIFA 13 will have 5 major improvements. These 5 improvements are First Touch Control, Player Impact, Complete Dribble, Tactical Free-Kicks and Attacking AI.

One of the first things to do at FIFA 13 was to implement a more realistic ball control. Now it will be more difficult to control a receiving ball with your player. It all depends on the strength, the speed, the ball height and the technical skills of your player to achieve the control of the ball and run with it.

Another feature that got improved is the player impact engine. According to David Rutter, there will be no more unrealistic animations in the players challenges and we can hopefully kiss goodbye to all those awful physics bugs that flooded YouTube. The engine has been optimized and new a set of impact values have been added at the hip and the upper body area.

In FIFA 12 you could dribble just by changing direction. In FIFA 13 this won’t be possible anymore. Moreover, the free-kicks got a new system. Up to three players can now gather around the ball. Players can feint a direct shot and adjust it to a player who comes off the wall. Also, the defense set pieces have been improved.

Last but not least, the offensive Artificial Intelligence got a huge improvement. The CPU-controlled players got better running routes and better guessing options of where you pass the ball. Also the strikers are smarter and move with the offside line of your defenders, waiting to receive the ball and run with it towards your goal post.

Enjoy the first screenshots of Fifa 13! 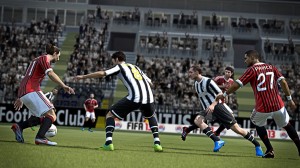 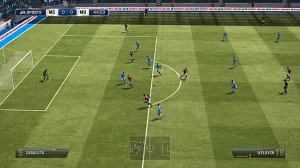 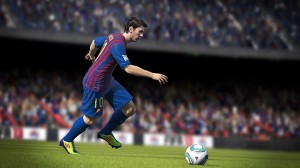 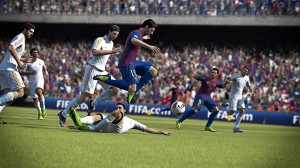 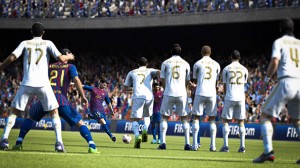 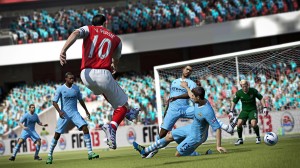