The official Steam store page for Far Cry 5 has revealed that Ubisoft’s latest title will be using the Denuvo anti-tamper tech. We are pretty sure that none of you will be surprised by this as Ubisoft has been using it in all of its games lately. However, it’s good that we already know about it.

According to the game’s EULA, Far Cry 5 is protected by Digital Rights Protection and Denuvo anti-tamper tech. Far Cry 5 will install the DRM software and may limit the number of installations of the product. Furthermore, the DRM may install on your computers additional components required for copy protection. 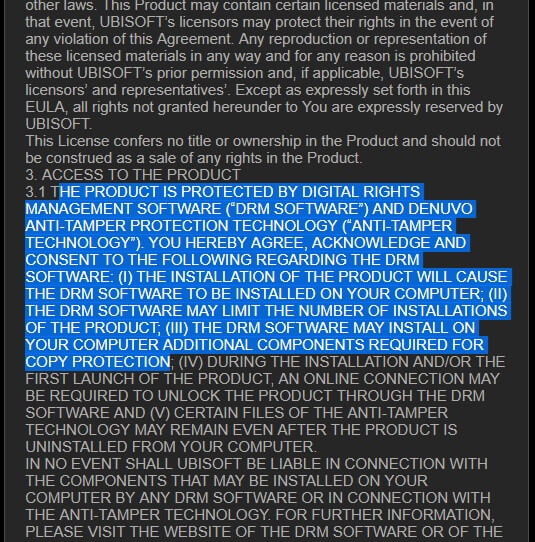 It will be interesting to see whether Ubisoft will use VMProtect over Denuvo. As we’ve seen in Assassin’s Creed: Origins, this combo has protected the game from crackers. However, and since Denuvo 4.8, we are curious to see whether Origins will get cracked and whether or not Far Cry 5 will get cracked in record time. Or will Denuvo and Ubisoft use a new version of the anti-tamper tech?