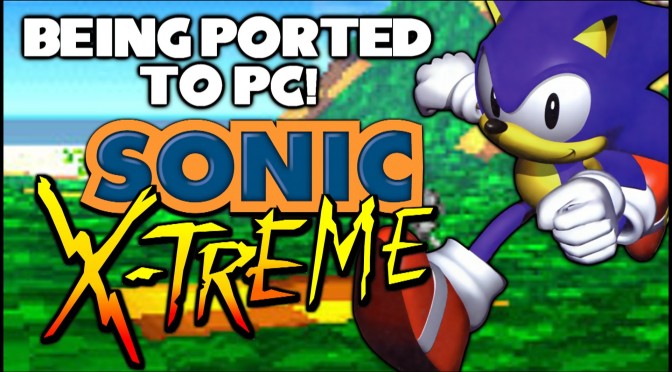 Sonic fans, get ready for something really special. SonicRetro members JollyRoger, Tichua, Bormon and Andrew75 have been working at recreating this Sonic X-Treme  – or should we say porting – to the PC via OpenGL. And after months of hard work, the team released today the first playable version of this freeware Sonic X-treme PC game.

This first public release of Sonic X-treme basically features only one level, though we are pretty sure that all Sonic fans will appreciate it.

As the team noted, Sonic X-treme’s Version 037 engine has been painstakingly ported to Modern Windows and Open GL by JollyRoger, from Windows 95 (yeap, in case you’re wondering Sonic X-treme would be coming on both Windows 95 and Saturn) and also required the NV1 Graphic’s card hardware.

Andrew75 concluded that this first public release consists of the Jungle level that was shown in one of the E3 96 Promo videos, and that more builds and levels will be released at a later date.

Enjoy the original 96 Promo video, as well as a video showing off this latest PC version!