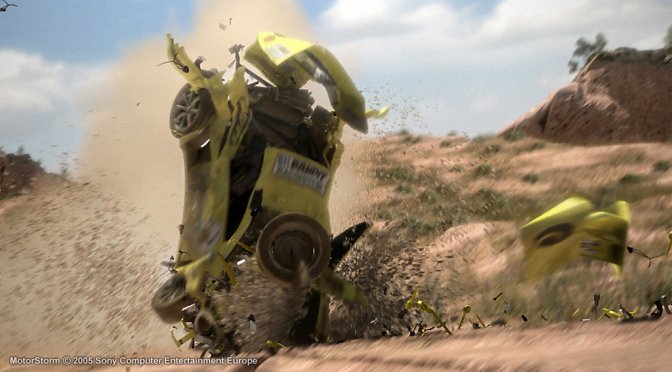 Alongside Killzone 2, MotorStorm was the second game that Sony used to overhype PS3. At E3 2005, Sony showed a CGI trailer for it, claiming that it was an in-engine trailer. And while the final product never came close to that CGI trailer, MotorStorm was a fun arcade racing game.

Now as with most PS3 games, Sony has already closed the servers for MotorStorm. However, a team of dedicated fans has found a workaround so that you can, once again, play it online. Not only that, but PC gamers can use the Playstation 3 emulator, RPCS3, in order to join the fun.

As the PSONE team stated:

“Welcome back to the trail Motorstorm fans, drive, taunt, slap, and punch your way to victory in this unique fan-favorite PlayStation 3 title again available in 2021 to play online through PlayStation Online Network Emulated servers DNS, available to play now on PS3 & RPCS3.”