Although most of Half Life fans are disappointed with the whole Black Mesa thing, we do know that you can’t wait to get your hands on it. After last week’s small hype, a fan decided to go ahead and state that he’d donate $150 to the devs’ paypal account if Black Mesa: Source is released before December 1st. Instead of bashing that fan though, James Kane, decided to accept his challenge, hinting that the game would – actually – get released this year.

According to the fan, the donation will not be made if an announcement of a release date occurs before then. The full mod should be released and be made available to everyone by this time for the reward to be redeemed.

Although the topic has been deleted from the official forum, Guru3D’s member ‘The Michael’ has managed to capture a screenshot of it. 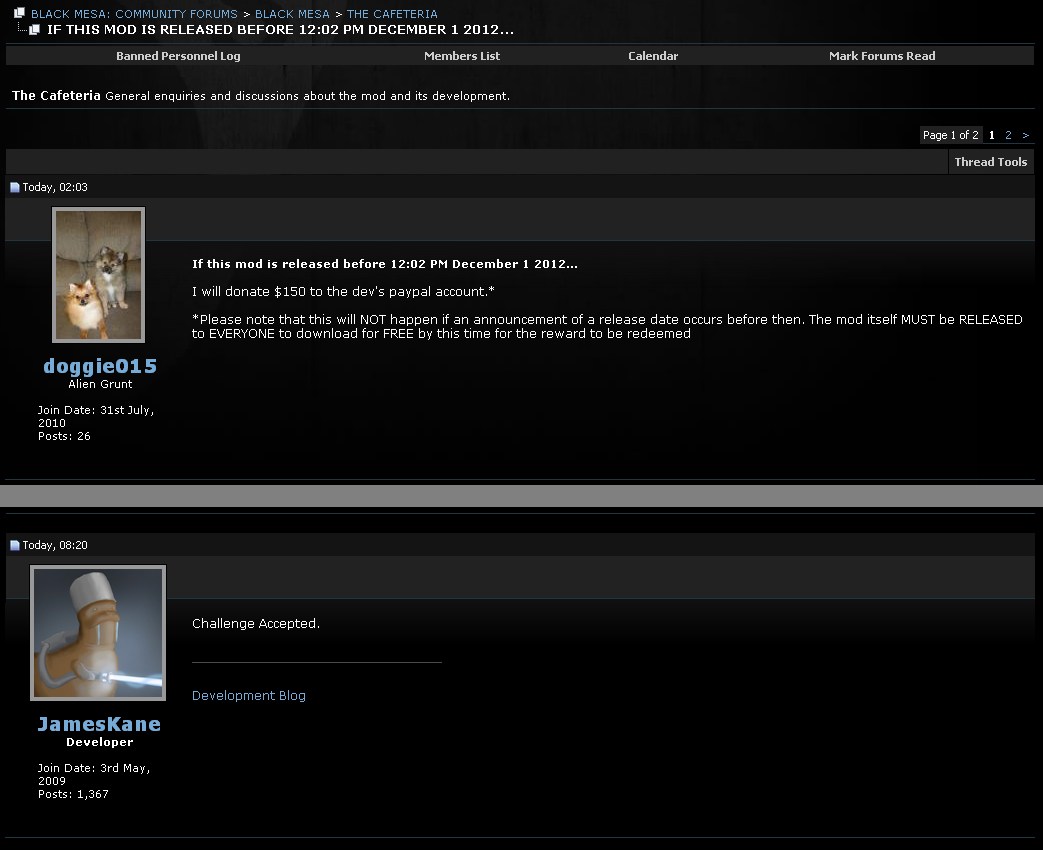