Fallout fans, get ready for a treat. A new website from Bethesda went live a couple of hours ago, suggesting that a new Fallout announcement will be made tomorrow. And thanks to its source code, we can report that this game will be no other than Fallout 4.

As we can see below, there is a cross domain revealing this new title. Bethesda was quick to react and removed this reference, however fans have already screen-grabbed it. 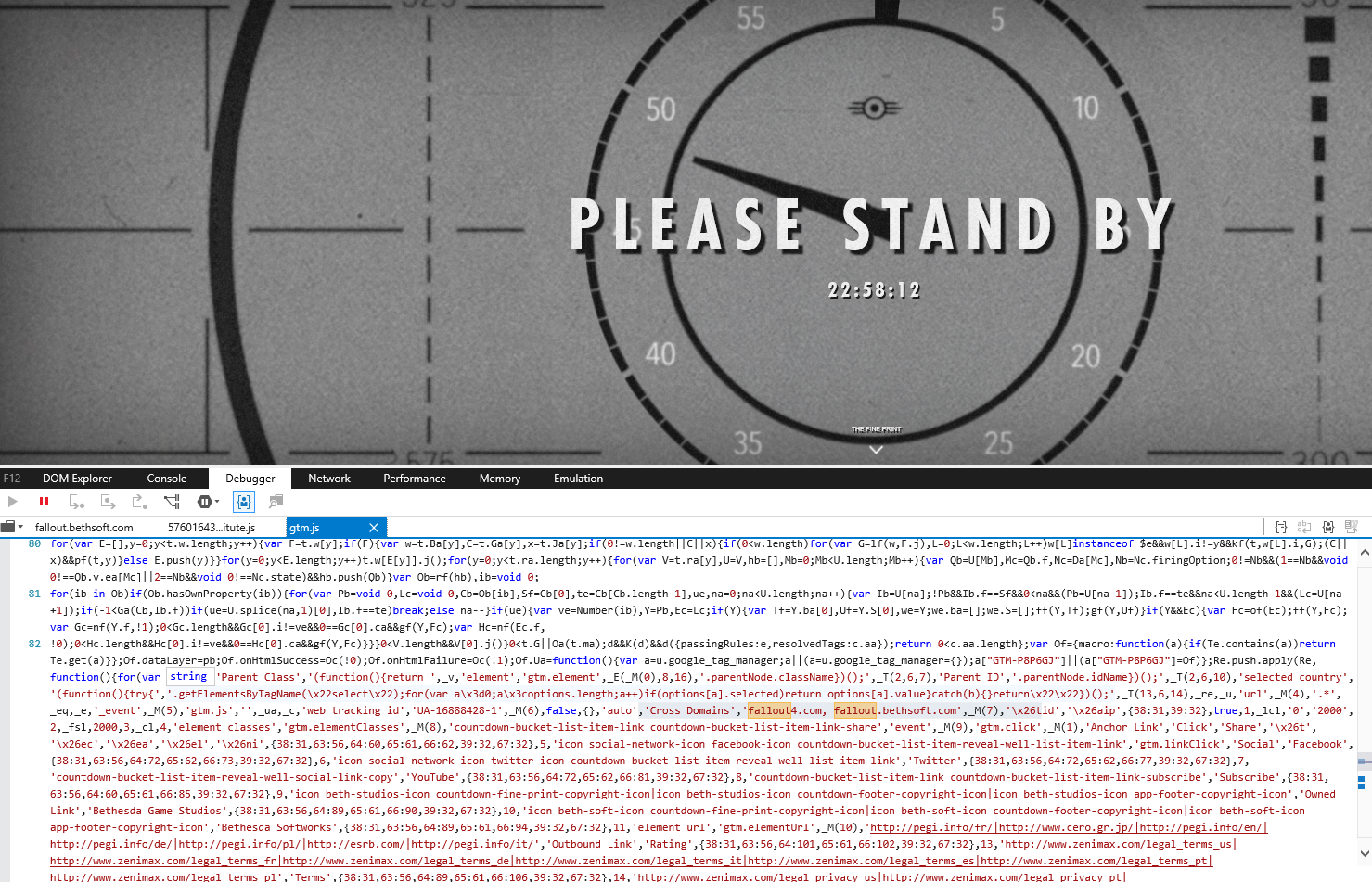 Fallout 4 will be officially revealed tomorrow (in around 21 hours from now), so stay tuned for more!