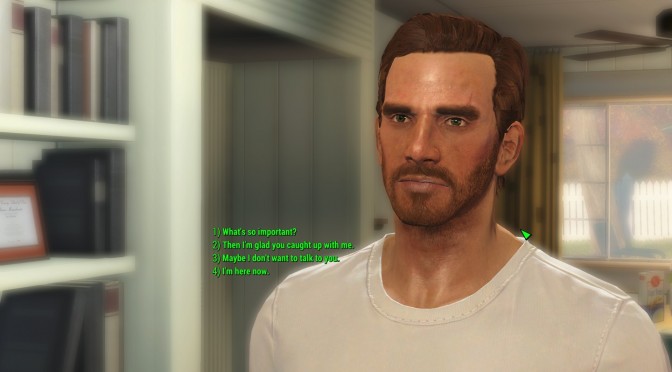 God bless modders. We are pretty sure that a lot of gamers were put off by the new dialogue system of Fallout 4. Instead of showing what the character would exactly say, Bethesda’s latest entry in the Fallout series featured a system similar to the one used in Mass Effect. In other words, players could choose a specific type of answers and were unable to see what their characters would say.

Well, thanks to modders Shadwar and Cirosan, PC gamers can enjoy a dialogue system similar to the one used in Fallout 3 and Fallout: New Vegas.

“This mod makes the game display the full lines of what your character is going to say in conversation, instead of just a paraphrase.”

Furthermore, this mod also revamps the interface so that the game will now display dialogue options in a list and use the number keys for input.

This is a must have mod for everyone, so go ahead and download it from Nexus!