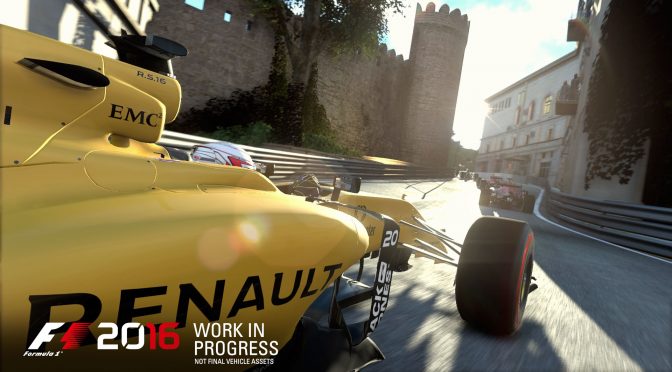 Codemasters has announced that F1 2016, the official videogame of the 2016 FIA FORMULA ONE WORLD CHAMPIONSHIP, will be released on August 19th. In addition, Codemasters released a new trailer for the game in which Daniel Ricciardo and Jolyon Palmer race around the brand new Baku Circuit.

Speaking about his experience, Daniel commented:

“I can’t think of anything like Baku… For the corners it looks like you want to have maximum downforce but I don’t think you can afford to run it because of the long straight. I think we will have to sacrifice some grip in the corners to keep up on the straight.”

“There’s some crazy corners and maybe the craziest there is in FORMULA ONE with the up the hill left and then straight into a blind right hander… It’s going to be easy to hit a wall. It’s very high speed. The challenge is huge!”