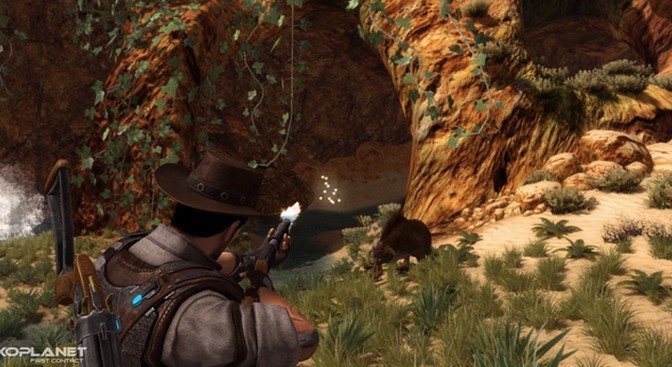 Backercamp has informed us about a new Kickstarter campaign for Exoplanet: First Contact; a space western, single player, story driven, action RPG that is inspired by classic games such as Fallout, TESIII Morrowind, Gothic, and the Firefly TV-series.

In Exoplanet: First Contact, players take the role of Jack Sharp, a daring adventurer, stranded on a dangerous, wild planet known as K’Tharsis.

K’Tharsis is a former mining outpost, gradually becoming a ghost colony as the Antigravium Crystal Rush is over and the inhabitants struggle for survival.

Exoplanet: First Contact is a mix of an RPG and an action game, played via a third-person perspective. As the team claims, the player will decide how the story will unfold as he makes choices during the game that will affect the outcome.

Exoplanet: First Contact is powered by Alersteam’s own proprietary game technology called the Sahara Engine, and will come with some mod tools.