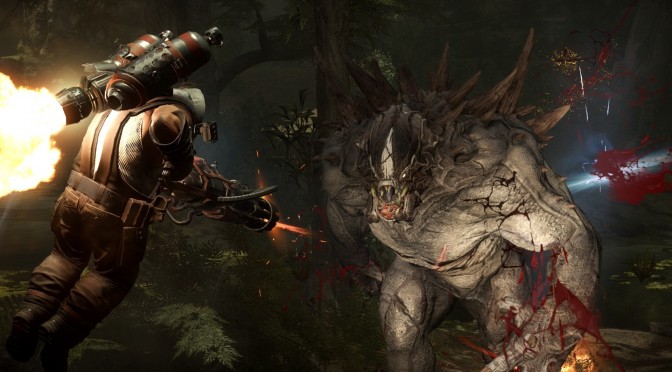 Now this passed under our radar. NVIDIA has announced that it’s been working closely with Turtle Rock Studios in order to add GameWorks features to Evolve. The green team did not reveal what specific GameWorks will be featured or when they will be added, so here is hoping that this won’t be another ‘ACU Tessellation patch’.

As NVIDIA noted a while ago:

“We’ve been working with 2K and Turtle Rock Studios to make Evolve awesome on the PC. The game looks amazing with 4K graphics, works flawlessly with NVIDA DSR and can even be streamed to an NVIDIA SHIELD. We are working closely with Turtle Rock Studios to add GameWorks features to Evolve in the very near future.”

It will be interesting to see whether these GameWorks features will keep PC gamers interested in it. From what we’ve seen these past days, Evolve’s MP stats (despite the official ones we shared a couple of days ago) are significantly decreasing on the PC platform.