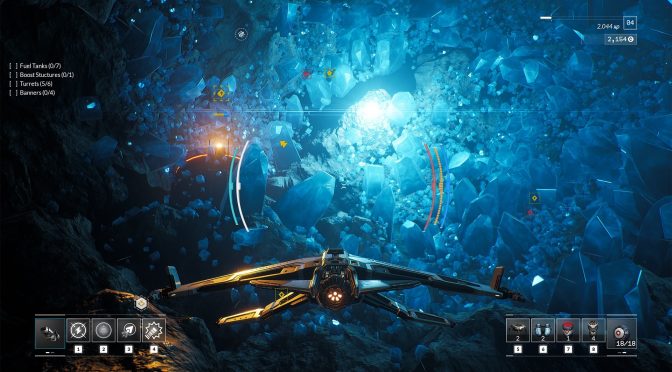 Rockfish Games has announced that Everspace 2 will be coming to Steam Early Access in December 2020. In addition, the team has released two new gameplay videos/trailers that you can find below.

The Steam Early Access version of Everspace 2 will allow players to access the new star system Union; a bustling trading hub where the interstellar game world really opens up. This new section of the game gives an entirely new look and feel, introducing massive space cloud formations, thunderstorms, shattered asteroids, and more unique environments both in space and on planets through a mix of hand-crafted and procedurally generated locations using UE4’s advanced technology like ambient occlusion, global illumination, and Niagara particles to the fullest.

Early Access will also reintroduce the Okkar, as well as adding two new player ship classes. Additionally, it will bring a cockpit view with fully functional displays, 5 to 10 hours of gameplay to the Closed Alpha’s 10 hours of content, a higher level cap, and will include many UI/UX and quality-of-life improvements.

“Fueled by glowing feedback on the Everspace 2 Prototype and Closed Alpha, our team was even more motivated to continue pushing the technical and artistic envelope. The introduction of the new star system Union demonstrates what an exceptional visual and gameplay experience a next-gen space shooter like Everspace 2 can offer to hardcore fans of space action games. We cannot wait for avid space pilots to delve into the first two of eight star systems in Everspace 2 later this year. We’re looking forward to continuing to work closely with the community to deliver on our ambitious vision.”

The Closed Beta is set to drop in September for eligible Kickstarter backers. Lastly, you can go ahead and download a demo for Everspace 2 from its Steam store page.