According to some leaked documents, Epic has offered Sony $200 million for bringing 4-6 first-party games to the PC. Sony has not rejected this offering and Epic Games is currently awaiting its response. Should Sony accept this agreement, these first-party games will release exclusively on Epic Games Store.

Epic Games was also interested in bringing first-party games from Microsoft and Nintendo to its store. However, it appears that those plans will not come to fruition. 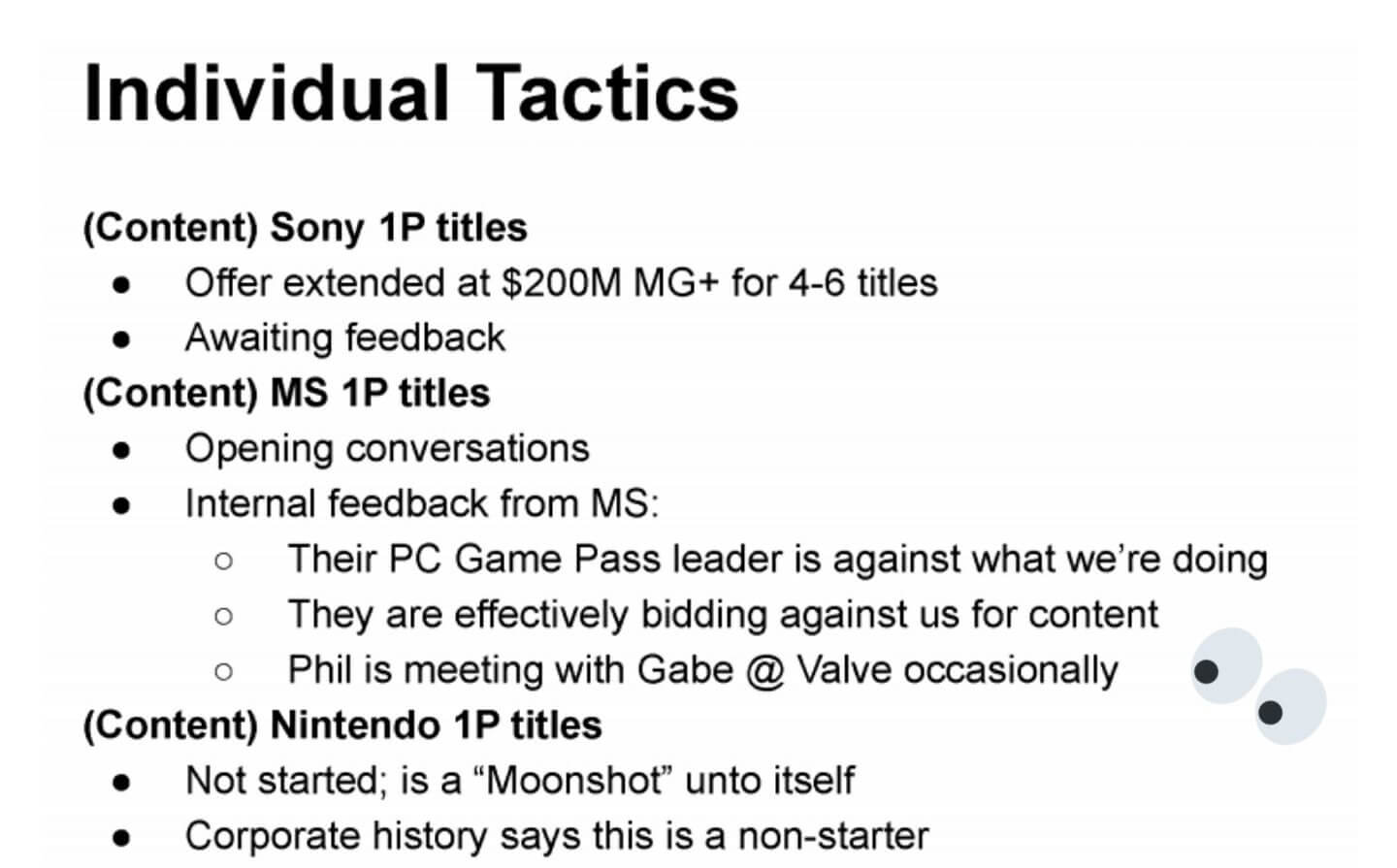 Regarding Nintendo, Epic claims that this is a “moonshot” unto itself, and that Nintendo’s history says this is a non-starter. So yeah, don’t expect to be playing natively on PC any of the big N’s first-party games.

On the other hand, Microsoft’s PC Game Pass leader appears to be against what Epic is doing. Furthermore, Microsoft’s store is obviously a direct rival of Epic Games Store. Not only that, but Phil Spencer appears to be meeting Gabe Newell occasionally, something that will strengthen the relationship between Microsoft and Valve.