Electronic Arts revealed today its games lineup for this year. According to the big publisher, Fifa 15 and The Sims 4 are coming to the PC in Q3 2014, while Dragon Age: Inquisition and an unannounced title are coming to consoles and PC in the last quarter of this year. 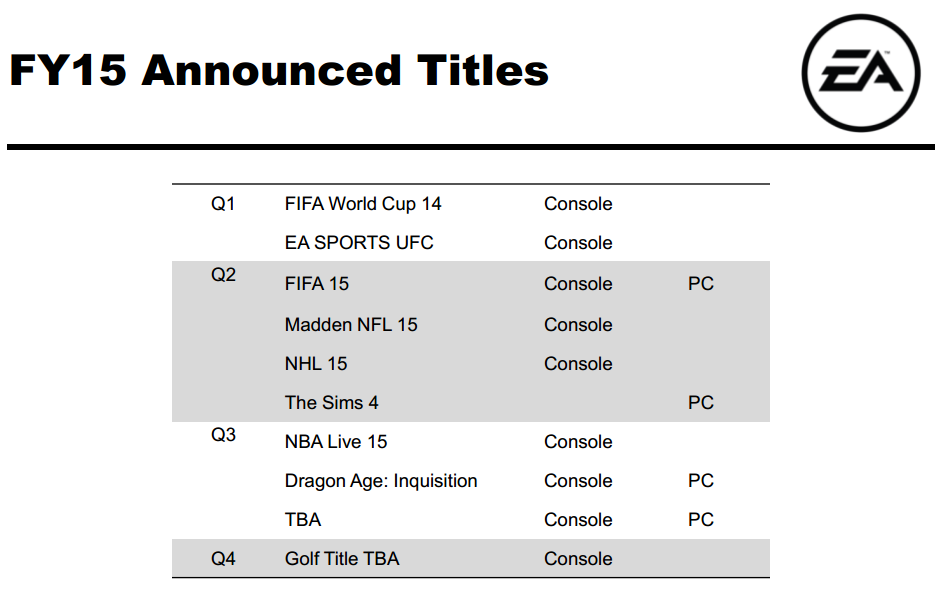 Naturally, a lot of speculation is surrounding this unannounced title. Is this a new Battlefield game? Keep in mind that Star Wars: Battlefront and Mirror’s Edge are projects that have already been announced, meaning that this TBA title is definitely not one of them.

Here is hoping that this TBA won’t be a budget title.

Enjoy and kudos to NeoGAF for spotting it!