These past few months have been really rough for Electronic Arts. After the huge Star Wars Battlefront 2 backlash, a lot of people become wondering whether EA would recover from it. Analysts were claiming that the company was downvoted, people were expecting Disney to take away the rights for the Star Wars games from EA, and pretty much everyone was trying to “kill” the publisher. Well, it appears that the company’s stock was able to recover in just a matter of months, signifying how ridiculous all those claims were.

Before continuing, we want to make it crystal clear that we are not siding with EA on what it has done to Star Wars Battlefront 2. We are against micro-transactions, we are against DLCs (which is why we are not covering them), and we are against loot boxes. However, we are also against people trying to capitalize on mistakes made by publishers in order to spread lies.

As we can see below, after a dive that was caused by the Star Wars Battlefront 2 controversy, EA’s stock has managed to come close to its highest peak that was set on August 2017. 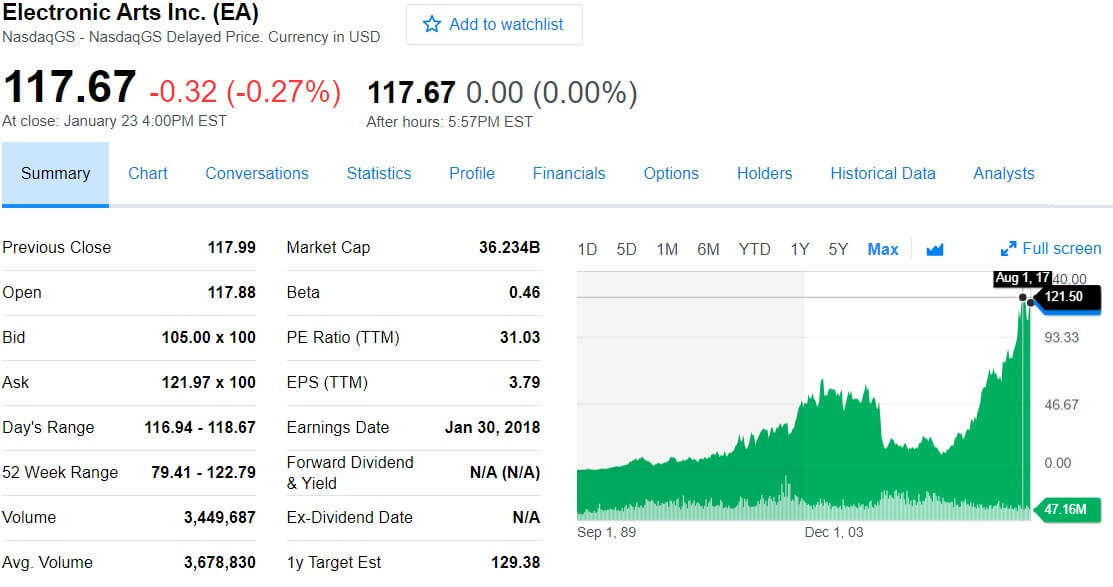 But what does this mean for gamers? Well, it’s obvious that as long as EA’s stock keeps rising, Disney will be fine with EA handling the Star Wars franchise. Not only that, but it’s obvious that EA isn’t at any danger. Yes, that Battlefront 2 controversy had an impact. However, that impact was relatively small and the company has already recovered from it.

It remains to be seen whether EA will re-introduce micro-transactions with real money to Battlefront 2 now that its stock has recovered. It will also be interesting to see whether the publisher will mess things up – once again – with Bioware’s upcoming title, Anthem. We are also curious to see what will happen to the Titanfall series now that EA has bought Respawn. Not only that, but it will be interesting to see what will happen with both the dynamic difficulty adjustments that EA implements in a lot of its titles, as well as the new matchmaking system.

So yeah, while this was a small victory for gamers, it appears that they have not won the war!