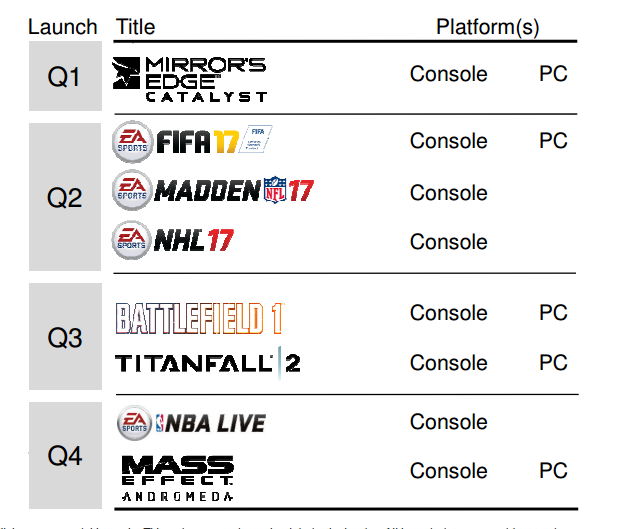 Regarding its 2016 lineup, EA plans to release FIFA 17 this September, Battlefield 1 this November and Titanfall 2 – most probably – in November or December.