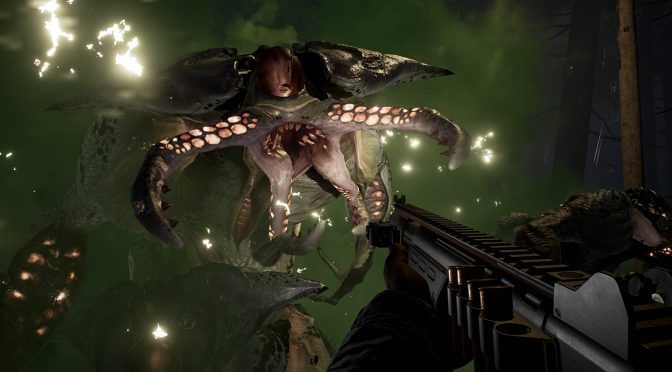 Holospark has released a massive new update for its team-based co-operative shooter, Earthfall. According to the team, this patch brings significant optimizations to all core systems of the game, Art, FX, Audio and AI performance tuning, as well as some bug fixing.

This patch also fixes some issues with some of the buttons not working (the grenade and Valkyrie buttons now work!) for its Mixer integration, as well as some under-the-hood improvements. Bosses now start on cool down, giving hapless players a shot to getting going before they get creamed. In addition to the initial cooldowns, we now also link the cooldowns on specials and bosses, so, sorry, no more 2 bosses and 4 specials all at the same time.

Furthermore, along with the significant performance optimizations and bug fixes, the team has also started focusing in on tuning each and every sound in the game.

“We did another massive pass at the weapons and we are sure you will be excited to hear the results. We also did a ton of work around alien sounds, so expect to get scared out of your mind when you hear all of their signature audio, and now you can figure out where they are coming from before they eat you! We also polished the overall mix of the game! Like how they do it in film, we went into the studio and made sure that explosions were massive, aliens were creepy, the music gets you all tense and tingly, all while still being able to hear the new delicious weapon sounds.”

Last but not least, Holospark has been hard at work tuning each weapon experience, including adding recoil to all the weapons which was a big community request.

“We made some significant changes to the Valkyrie as well, including making this a primary weapon, so you can hold it in place of your primary and still rock a Harbinger! You still can’t reload it, but it’s a devastating combo. It also received both FX and Audio improvements and it’s, well, badass. Give it a try! Speaking of devastating, the landmines were less than that, but that has all changed, as both the effect radius and overall damage have been buffed significantly. Many, many more minor tweaks were made as well, and we are still working on some big improvements for our next patch (still super-secret but awesome).”