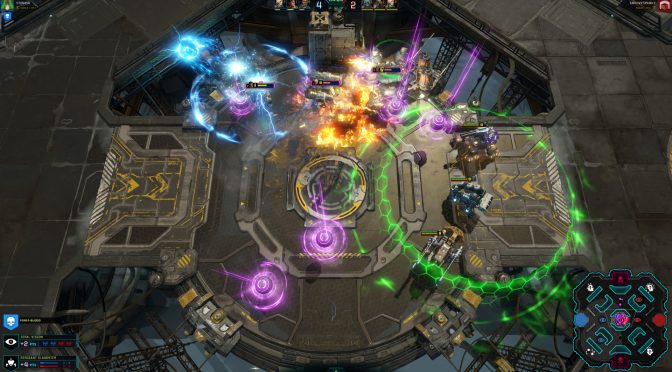 In Dropzone, players take control of a squad of three mighty war machines, known as “Rigs”, in explosive 15-minute battles for dominance.

“Players can choose from a variety of Pilots, Rigs and Gear to customize their squad to suit their style of play. Powered by Sparkypants Studios own Sparkle Engine, a game engine built from the ground up for competitive online play, Dropzone represents the next generation of RTS in 2016.”

Dropzone is set for a 2016 release as a free download for the PC.