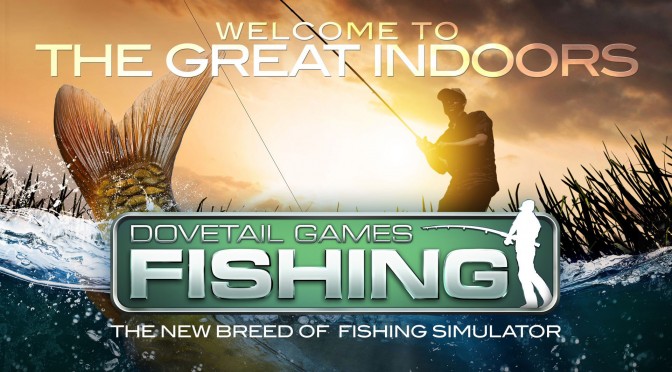 Dovetail Games have announced the next evolution in simulation entertainment, as Dovetail Games Fishing will take advantage of the very latest technologies available to deliver a game that is at the cutting edge of game design, both in visuals and playability.

Former EA executives Rob O’Farrell and Chris Roberts are leading the development of Dovetail Games Fishing. Their vision is to create a fishing simulation which, utilising the Unreal Engine 4 architecture will recreate in breath-taking detail the immersive and engaging experience of angling for leisure or competition. Dovetail Games are also laying the foundation to grow the Train Simulator franchise using this exciting technology in the future.

In Dovetail Games Fishing, players will tackle every step in the fishing experience, starting with the selection of equipment and rigs based on the type of fishing and objective. Players will then survey their preferred location then take to the waters edge to prepare their gear. Using an intuitive new casting and reeling mechanism termed ‘Total Cast Control’, players can then test their skills by finding, attracting, catching and landing the fish.

Initially specialising in fishing for carp, Dovetail Games Fishing will quickly expand to include a multitude of popular fishing types, including bass and fly-fishing, across a variety of locations around the world.

“It’s fantastic to be using Epic’s Unreal Engine 4 technology to support our new fishing simulation. Quality is at the very heart of what we do, and we want to create a product which not only offers players a very authentic simulation to play, but allows us to capture in great detail and faithfully recreate a variety of scenic locations, a broad selection of fishing equipment, and of course the fish themselves. We’re also exploring ways of combining this with the latest VR technology to give players the perfect way to experience the thrill of stalking, casting and landing fish.”

“Dovetail Games Fishing will be an evolving live service that will grow and expand in ways defined by us in partnership with fishing experts and our community. We believe that this combination of technology, team commitment and community involvement will enable us to create the ultimate fishing simulator, which will also allow us expand into the e-sports arena.”

“We’re seeing our Unreal Engine 4 technology being used in many exciting ways, and it’s fantastic to see how it will be used to bring one of the world’s most popular sporting pastimes to life and deliver a highly realistic fishing experience.”

Dovetail Games Fishing is currently slated for a late 2014 release, and is initially being developed for PC with more formats to follow.