id Software has just released a new patch for DOOM that adds support for Vulkan. Naturally, we went ahead and tested some scenes that were performing poorly under OpenGL 4.5. And we are happy to report that id Software has nailed it as DOOM runs way, way, way better under the Vulkan API.

As we wrote in our PC Performance Analysis, there were some scenes in DOOM during which our GPU usage was dropping for no apparent reasons.

“Now while DOOM runs exceptionally well on the PC, we did notice some optimization issues (that could be very well due to the OpenGL API). As we can see in the following screenshot, our GPU was underused for no apparent reason. In this scene – and other outdoor scenes – our GTX980Ti was not used to its fullest, even though we were not VRAM or CPU limited. Yes, we were still above 90-100fps, however it appears that the game does not fully utilize the GPU in specific scenes. It will be interesting to see whether these scenes run better with Vulkan.” 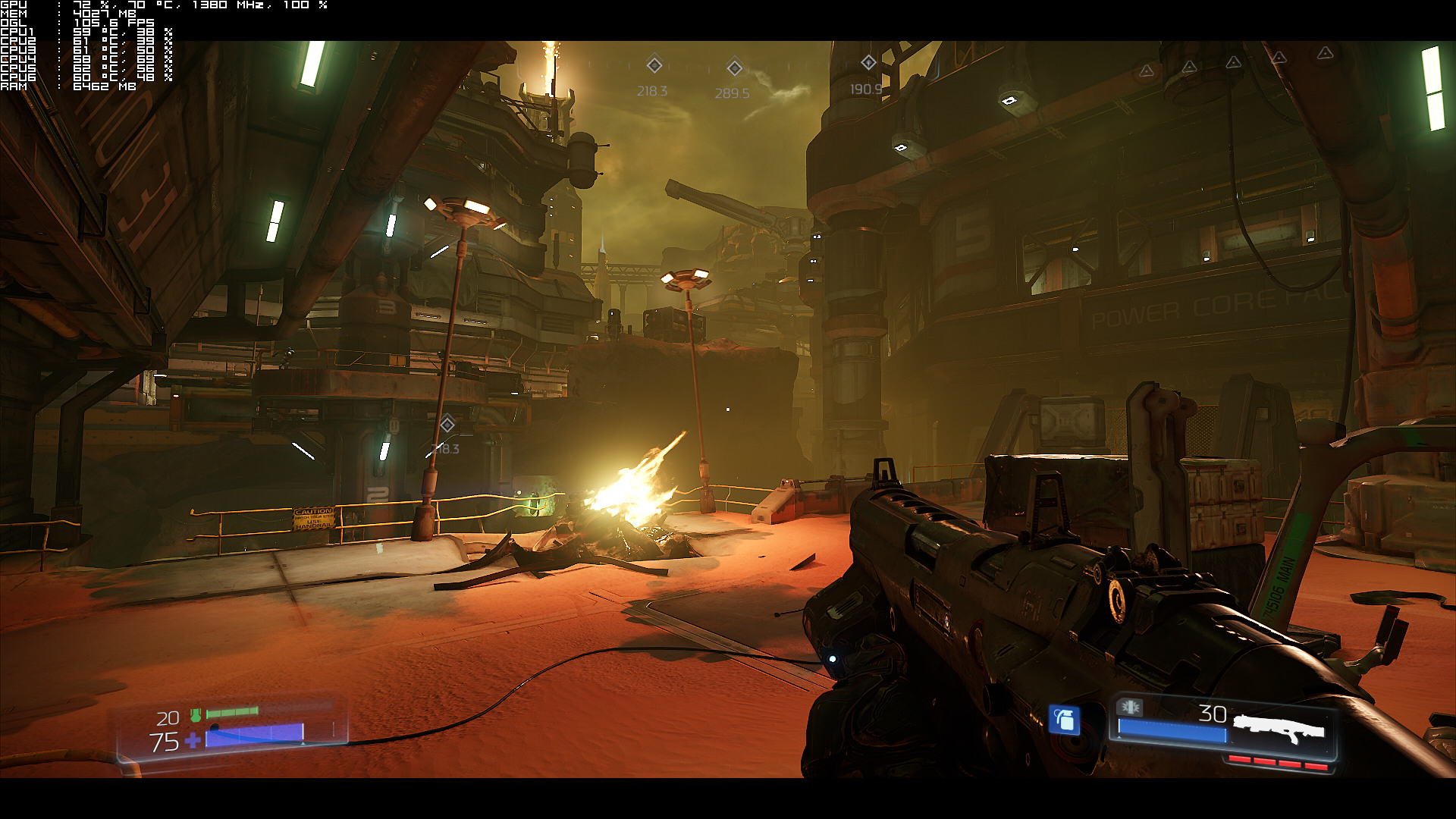 As you can see, that scene ran with 100fps in OpenGL 4.5. Well, that same scene ran with 160fps in Vulkan. Yeap, we’re talking about a 60fps performance boost, which sounds unbelievable. 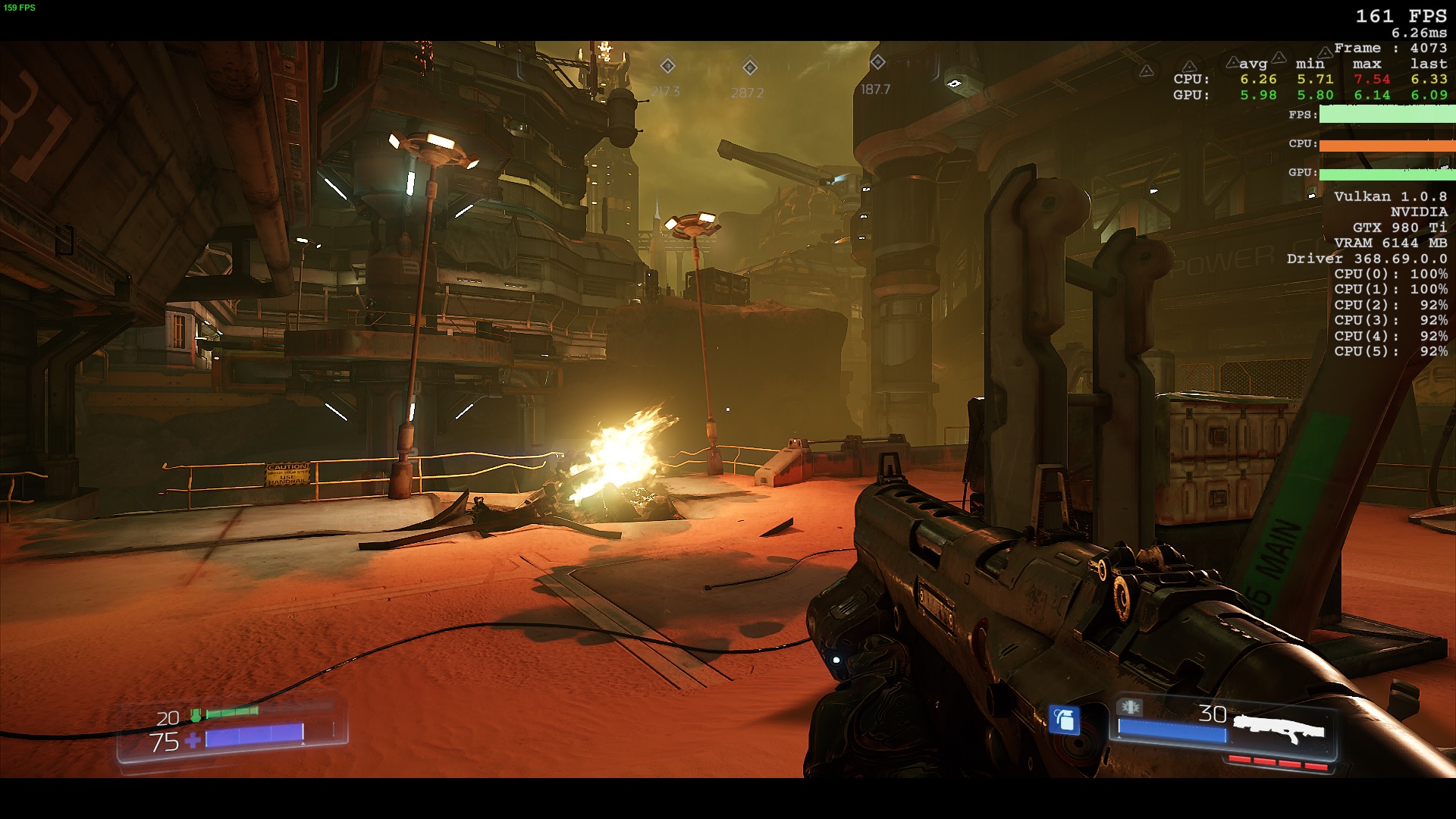 Not only that, but the game is now able to “properly” scale on multiple CPU cores. Below you can see the CPU scaling of our Intel i7 4930K on both OpenGL 4.5 and Vulkan. As you can see, Vulkan was able to take advantage of all of our six CPU cores. On the other hand, and while the game scaled on our hexa-core under OpenGL 4.5, it relied mostly on a single CPU core.

All in all, DOOM runs incredibly well under Vulkan. All of the optimizations issues that we reported in our PC Performance Analysis are now fixed thanks to it, so kudos to id Software.

Below you can find some more comparison screenshots between OpenGL 4.5 (left) and Vulkan (right).