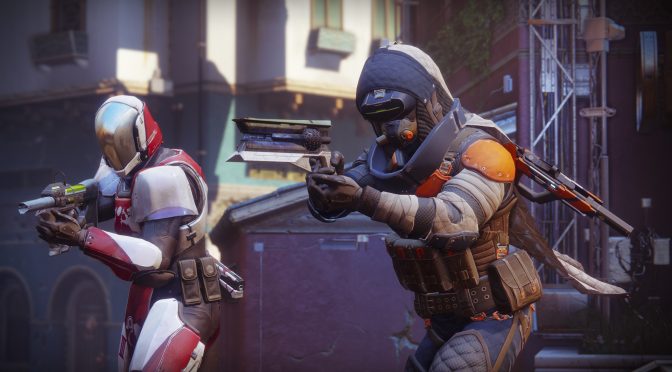 In an interview with PCGamer, Bungie’s PC lead David Shaw, shared some interesting new information about the PC version of Destiny 2. Firstly, the game won’t support dedicated servers on both consoles and PC. David described the game’s MP code a ‘complicated typology’ and while he did not reveal much, he did state that there won’t be dedicated servers at all.

As PCGamer pointed out, the first Destiny was plagued by a lot of trading and other stuff that resulted in latency issues. To which David replied:

“I would say that, today, we don’t have a good answer for that, meaning we’re not talking about the server side of things at this time. I can tell you that we have had conversations and we’re aware of—we try really hard to listen to the community and hear what their concerns are, and we try to take those and turn those into the plans.”

So yeah, no dedicated servers seems like a really bad thing.

As we’ve already stated, the PC version of Destiny 2 will be released after the console versions. David claimed that Bungie is doing its best to make Destiny 2 feel like a PC game and not like a console port.

“We have done a ton of work. One of the key factors we looked at when coming to PC is that we don’t want anybody looking at the game as a console port. Yeah, Bungie has a long history in console. People seem to love the console games. We wanted to make sure that it feels like a PC game, it plays like a PC game. We’ve gone and changed things, like if you were to compare side-by-side screenshots, you’ll find that the reticle is slightly below center on consoles. It’s dead center on the PC. One of the things we found in development is that we were kind of chasing the mouse because of the way our recoil model works, so we’ve adjusted that. We’ve done a ton of work to try and make [the PC version] feel and play like a great PC shooter.”

But what about performance? Well, as IGN reported, the game’s dev build ran in 4K and with 60fps on Medium details on a single NVIDIA GTX1080Ti graphics card.

Keep in mind that this is a dev build, though it’s a bit surprising that NVIDIA’s GTX1080Ti was not able to pull 60fps in 4K on High settings. Perhaps Bungie reduced the settings in order to keep the minimum framerate above 60FPS? One can only guess.