A lot has been said about the DRM that protect Assassin’s Creed Origins. While fans believe that this implementation of Denuvo (Denuvo + VMProtect over it so it can further protect it) brings serious CPU performance issues, Ubisoft stated that its protection does not have any perceptible effect on performance. And it appears that this combination of VMProtect with Denuvo has managed to secure the game’s first week sales.

At the time of writing, and after over one week, the game has not been cracked yet. Considering all the latest Denuvo games that were cracked in just a day, this is definitely a win for Ubisoft. We don’t know whether other developers will implement a similar protection system in order to protect their games. However, and since Ubisoft will not remove its protection system from its games, we’d like to see more games using this combination. The reason? Quite simple actually. We want to see whether any future games will stress the CPU similarly to what Watch_Dogs 2 and Assassin’s Creed: Origins are currently doing. 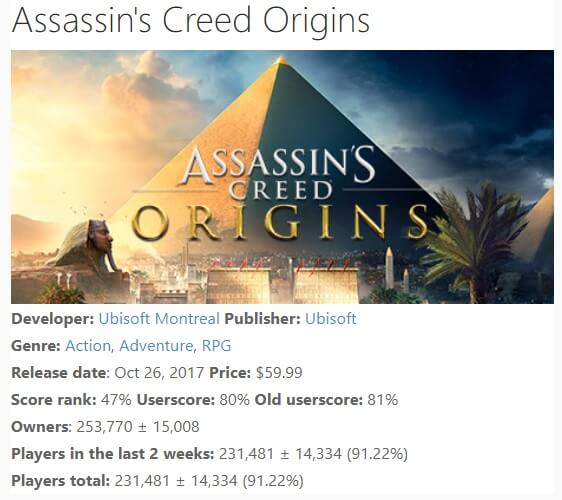 What’s also interesting here is that Assassin’s Creed: Origins has sold at least 250K units on Steam, surpassing another game that came out in that same very day, Wolfenstein 2. Wolfenstein 2 does not feature any micro-transactions, does not use the Denuvo anti-tamper tech, and runs incredibly well on the PC. However, it has sold only 174K copies (according to Steamspy’s data). Furthermore, the overall PC sales of Assassin’s Creed Origins should be even higher as the game is also available on UPLAY. 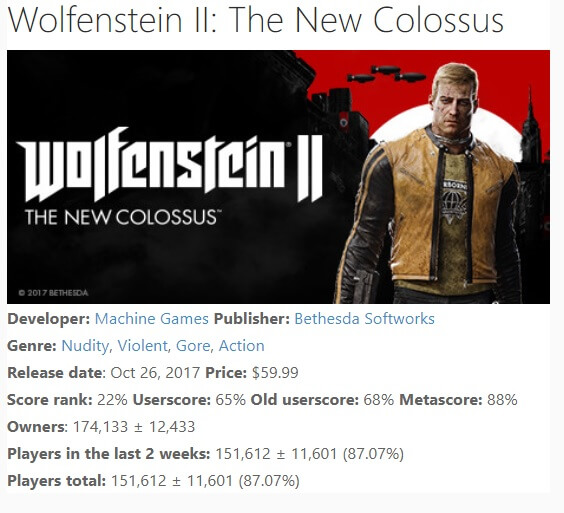 Ubisoft has recently released a PC patch that improved overall CPU performance. We seriously hope that the French company will continue working on more PC optimizations. Still, we don’t expect any miracles or a performance improvement similar to that of Forza Horizon 3.