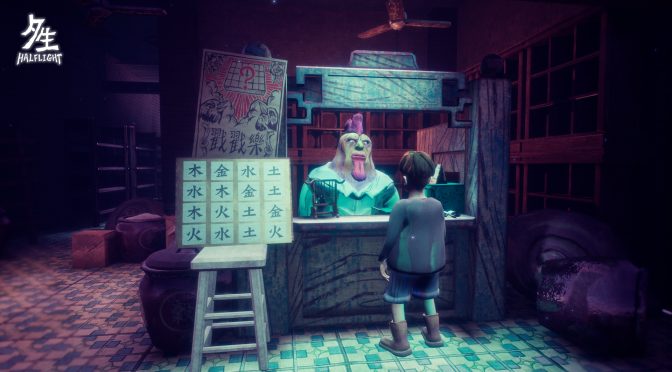 Indie studio MatchB has released a free demo for its upcoming horror adventure game that is powered by Unreal Engine 4, HalfLight. HalfLight is a 3D adventure game with classic puzzles. Players follow in the steps of the young boy Xi-sheng as he strays into an extraordinary phantom world.

The puzzles in HalfLight are intricately designed into the environment, requiring the player to use their imagination and logic. As the story progresses puzzles will challenge and surprise players as they reveal the path ahead.

In HalfLight, enemies await unsuspected in places unknown to players. Instead of confrontation, players can use wits and items at hand to avoid enemy attacks.