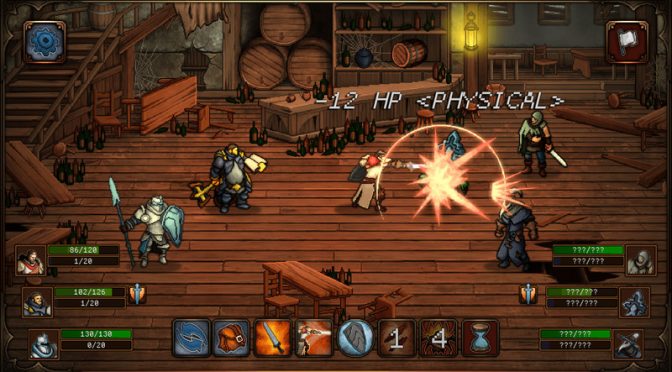 Black Tower Entertainment has released a demo for its upcoming isometric RPG, Sin Slayers. Sin Slayers an isometric RPG with roguelike elements, where your choices determine how challenging the fights and enemies will be, and its demo version contains 2-3 hours of gameplay, all major game elements, first story act and one procedurally generated map, that you can clear multiple times.

Players will be able to create, equip and lead a team of heroes. Each unit will have its own abilities and weaknesses, so plan your combat strategy accordingly. You’ll journey through stinking primeval forests, boneyards riddled with crypts and the graves of fallen warriors, and other places even the bravest adventurer would fear to tread.

Sin Slayers features a classic turn-based combat system in the tradition of the best JRPGs, giving you free rein to pit your tactical skills against the wretched inhabitants of the Valley of Fallen Sinners.

Players will travel every path and byway of the Valley, obtain new weapons on the field of battle or by fulfilling quests, gather ingredients for magical elixirs and resources to craft armor and amulets. If a certain item is beyond your crafting ability, ask the blacksmith in the Old Church for help. The best gear will allow you to challenge the deadliest monsters.