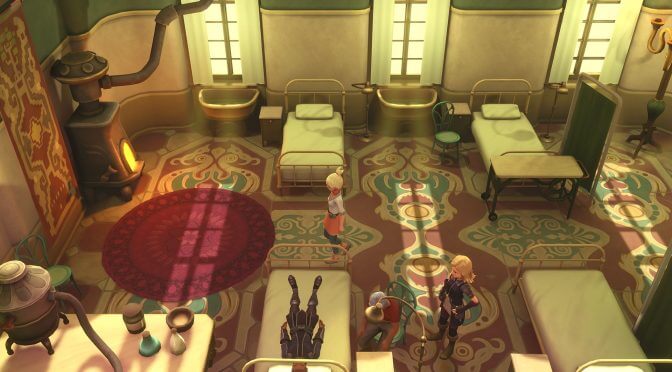 Snowcastle Games announced the release of a free EARTHLOCK Steam demo for PC and Mac players. The demo, available now through the EARTHLOCK Steam page, allows players to explore the beautiful surroundings of Umbra, a harsh planet that stopped spinning thousands of cycles ago.

Inspired by the classic 3D Japanese RPGs of the late 90s, EARTHLOCK boasts a fresh spin on turn-based combat and character progression. Players enter a beautiful world haunted by a fateful past and join a party of unlikely heroes on their journey to rescue Amon’s uncle from an ancient cult. Only then might they uncover the secrets of EARTHLOCK.

“Since launching on Steam, we’ve had multiple request from the adventure RPG community to release an EARTHLOCK demo. In the try before you buy demo, all progress that you have made in your two hour playthrough automatically transfers over to the full game. You’ll able to take off right where your demo finished.”

EARTHLOCK takes the rich, linear story and turn-based combat of JRPGs and presents it a gorgeously realised, unique world, rich with history and lore. Battles are challenging, highly strategic affairs, whilst the game’s extensive crafting and perk system is crucial to success. The demo puts players in control of 6 different characters across its run-time, guiding them through the early stages of character building and team management. You begin playing as Ive, accompanied by her storm dog, Taika, before taking control of Amon and a few other unforgettable characters, each with their own unique abilities.