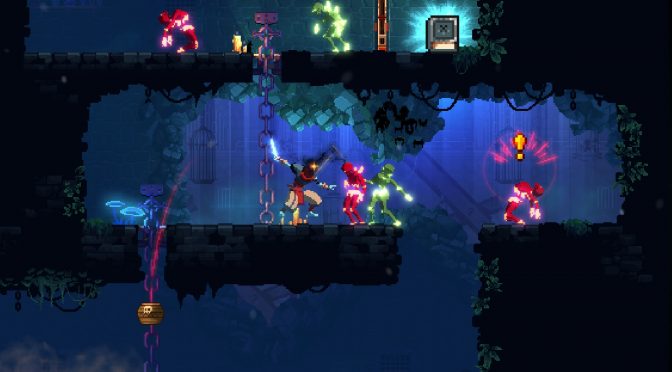 However, instead of backtracking through environments, Motion Twin will let death and rebirth be the mechanic for forward progression in Dead Cells.

Here are three benefits to using procedural generation in a metroidvania style of game:

“Unfortunately, relying too much on procedural generation leads to bland level design, often feeling messy and rather inconsistent. A good example of the middle ground between pure procedural generation and fully handmade is Spelunky. Their approach allowed them to get that consistent feeling while keeping a lot of diversity. We’ve basically adopted the same approach for Dead Cells.”

Dead Cells will be released this Spring!