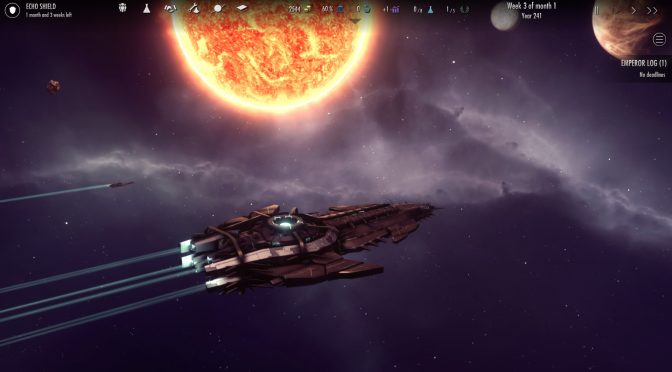 Iceberg Interactive has announced that its pausable, real-time space 4x title, Dawn of Andromeda, will be fully launching on May 4th. Currently available on Steam’s Early Access program, the GreyWolf and Iceberg teams have been continuously working on implementing vast improvements to the game based on community feedback.

“After much time spent gathering player feedback and suggestions from the Early Access phase, we are extremely excited to put the final touches on Dawn of Andromeda. We are truly confident that fans from all over the world will be able to fully immerse themselves into this galactic world we’ve worked so hard to create.”

Dawn of Andromeda is a real-time 4x space game, allowing players to take the reins of one of many civilizations and guide it through the myriad of dangers hiding in the galaxy. They will be able to build out their empire, colonize new planets, interact with other factions and characters, research new technologies and build fleets so powerful their enemies will tremble at its mere sight.

With endless galaxies to choose from, there are brand-new expansive features to look out for at launch: