EB Games may have just leaked the release date for Darksiders 3. The online store updated the release date for this brand new Darksiders game, hinting at an August 8th release. And while EB Games was quick to restore the placeholder date – that it has been using these past months – some users were able to capture a screenshot from the updated page. 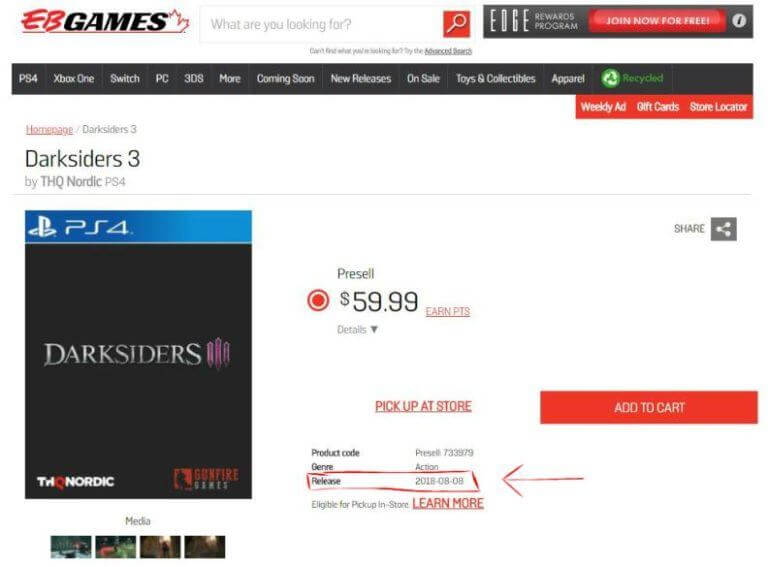 Darksiders 3 is a hack-n-slash third-person action adventure where players assume the role of FURY in her quest to hunt down and dispose of the Seven Deadly Sins.

Darksiders 3 will feature expansive post-apocalyptic environments that take the player from the heights of heaven to the depths of hell, dilapidated by war and decay and overrun by nature.