Bandai Namco and FromSoftware announced that the PVP servers of Dark Souls will remain offline. As the teams claim, due to the time required to set up proper testing environments, the servers will go back online only after the release of Elden Ring. 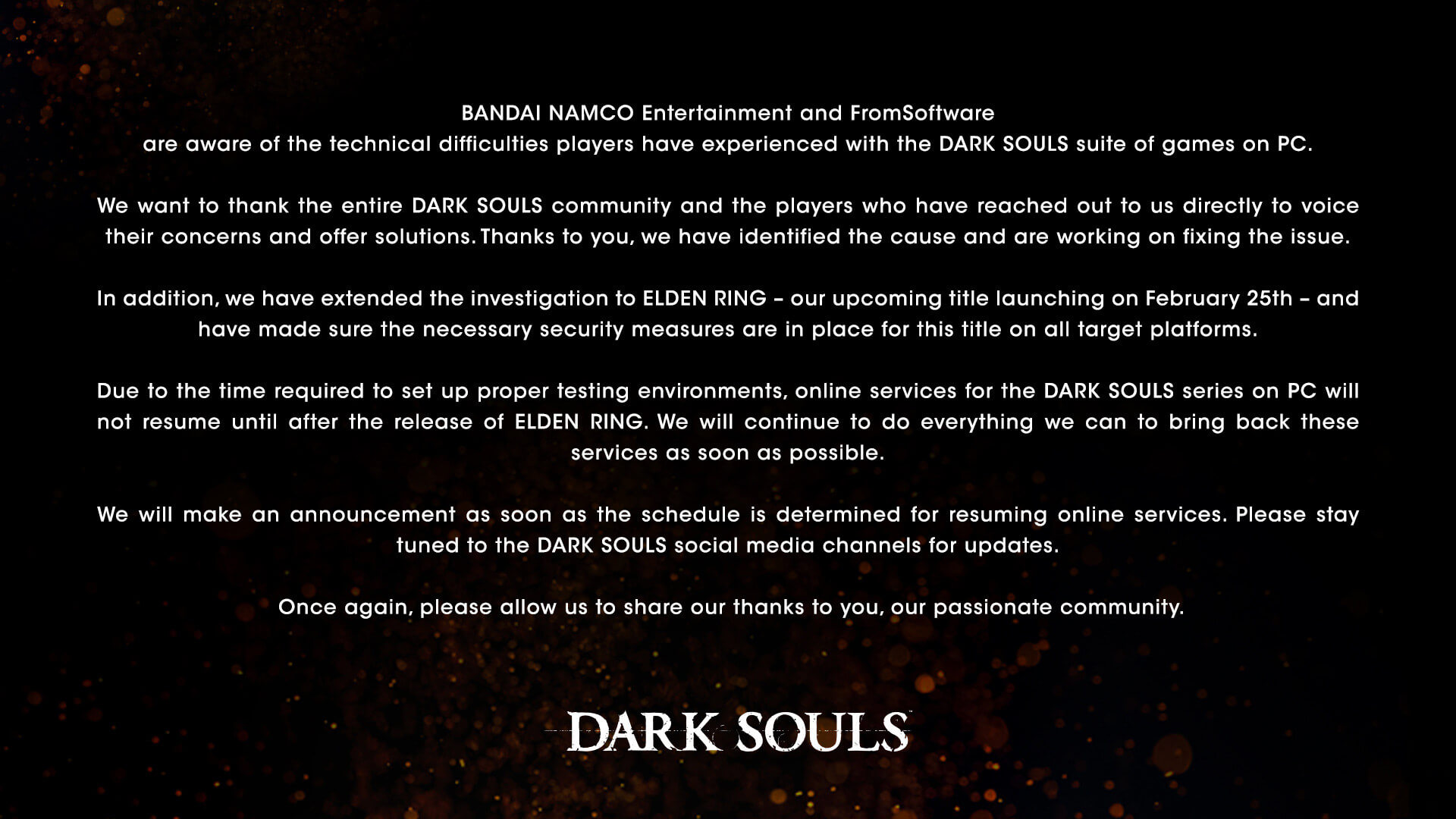 Now the good news is that Elden Ring won’t suffer from these security issues. Or at least that’s what FromSoftware and Bandai Namco claimed.

In case you weren’t aware of, some gamers discovered that you could execute malicious code through Dark Souls 3’s online functionality. Bandai Namco and FromSoftware took the servers down once this story went viral. According to some reports, Bandai Namco was aware of these security issues for years.

Elden Ring releases on February 25th and will have proper online functionalities. Unfortunately, there is no ETA on when the servers will go back online for the rest of the Dark Souls games.