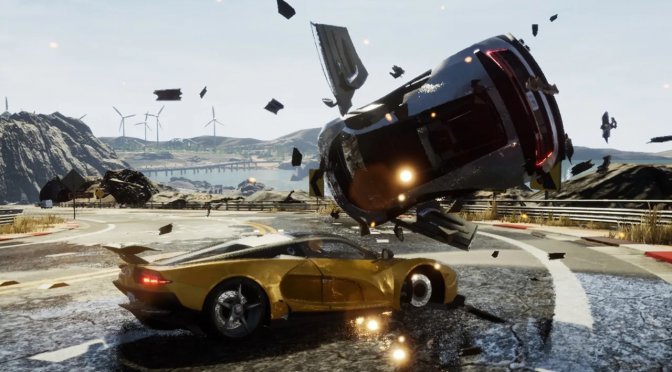 Three Fields Entertainment has announced a sequel for its spiritual successor to Burnout 3. Dangerous Driving 2 will be an open-world racing game, and will come out on both current-gen and next-gen systems.

As the press release reads, the game will feature a dynamic open world where players can choose how they want to race. Players can compete in a host of thrilling events against AI opponents. Moreover, they can go for a cruise in freedrive mode and testing the limits of the game’s emergent crash mechanics with huge multi-vehicle pile-ups.

Furthermore, players can explore the game’s world in solo or in split-screen multiplayer mode. Naturally, the game will also offer online game modes.

Unfortunately, the team did not reveal any additional details. However, we’ll be sure to keep you posted. Stay tuned for more!