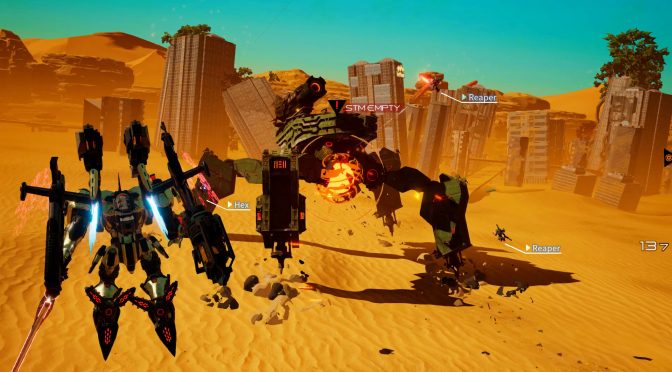 DAEMON X MACHINA is a new mecha game that is coming to Steam on February 13th. The game originally released exclusively on Nintendo Switch, and XSEED Games has revealed some additional details about the PC version.

Moreover, XSEED Games confirmed that the PC version will support both native 4K resolutions and mouse and keyboard controls. Moreover, it will have high-resolution textures, as well as option for Anti-aliasing.

Last but not least, the PC version will not include any licensed DLC. It will, however, come with all content updates including new Arsenal gear, cosmetic options, Colossal Immortal battles, and a co-op Exploration Mission mode.

Here is hoping that XSEED Games will offer proper raw input for the mouse.