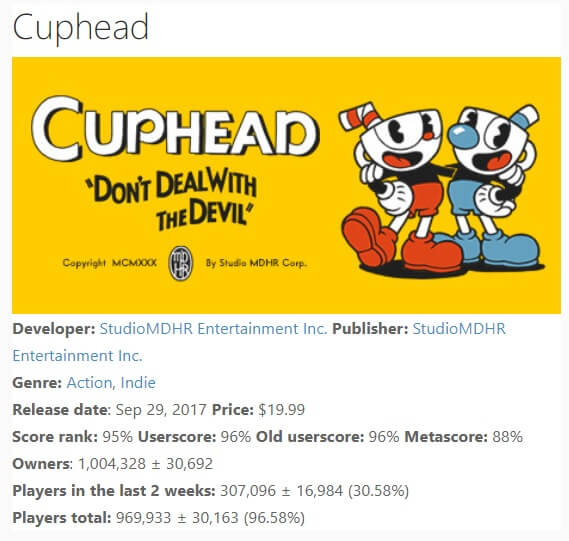 Unfortunately StudioMDHR has not revealed individual platform sales. Our guess is that the game has sold a bit better on the PC than on Xbox One. Back in October, the PC sales were around 600K-700K. As such, the PC was responsible for at least 60% of the game’s sales.

Cuphead is a 2D game that focuses on boss battles. In Cuphead you play as Cuphead or Mugman (in single player or local co-op) as you traverse strange worlds, acquire new weapons, learn powerful super moves, and discover hidden secrets while you try to pay your debt back to the devil.

Cuphead is one of the few games that passed the one million sales point in 2017. This indie run n gun game has topped Divinity: Original Sin 2, Black Desert Online and Ghost Recon: Wildlands.

Those interested can read our First Impressions of Cuphead here. Below you can also find a video showing the game’s first 15 minutes. This video will also give you a small idea of what Cuphead is all about!