Great news for PC gamers as the Multiplayer Beta of Crysis 3 is now available. The bad news is that you’ll have to download the beta via Origin, and we do know that some of you hate EA’s service. Nevertheless, those interested will have to head over to the ‘Store’ and then to the ‘Demos’ section. Crysis 3 Beta should be the first downloadable demo, so click on it and download it. 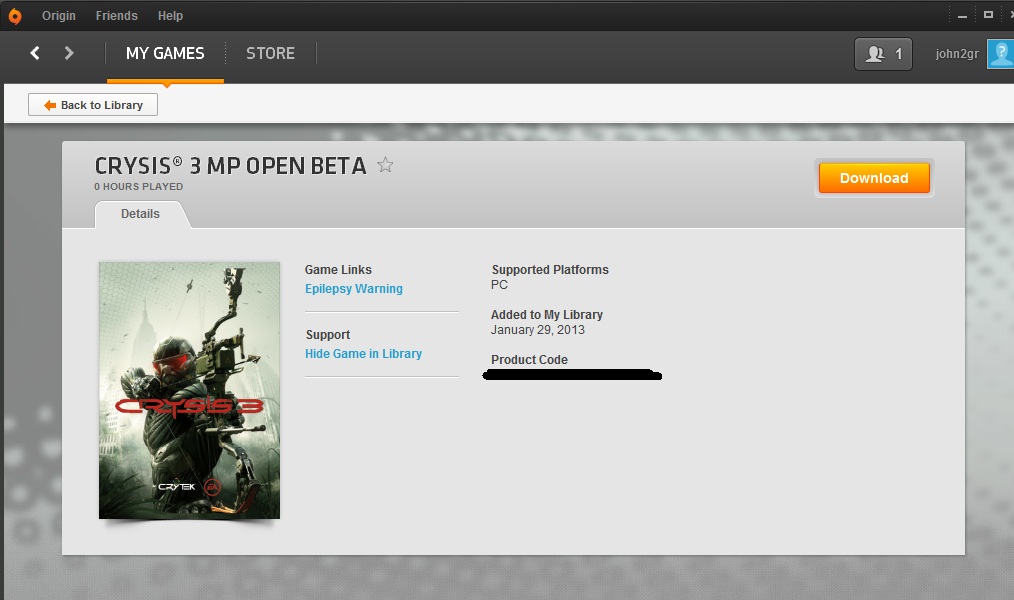 Crysis 3’s multiplayer beta will feature two of the eight modes included in Crysis 3. In Crash Site, players must secure and defend specific locations, earning points along the way for kills and their ability to hold those locations. The exciting, all-new Hunter mode makes its debut in Crysis 3. This asymmetrical, time based mode pits two players vs. ten (two vs. 14 on PC) in matches that begin with two cloaked hunters stalking 10 opposing CELL troopers. Armed only with enhanced Nanosuits and the lethal Predator bow, hunters must systematically stalk and kill the CELL operatives, who in turn must work together as a team as they fight to stay alive before the round ends. The twist is that once a CELL trooper is killed, that player will then respawn as a hunter, joining the others in their attempt to eliminate the remaining CELL operatives before the clock strikes zero.

The Crysis 3 multiplayer beta will also showcase two of the game’s twelve visually stunning maps, Airport and Museum. Both will provide players a taste of the lush, urban rainforest and tactical sandbox that awaits them under the Liberty Dome of New York City.

Also included in the Crysis 3 multiplayer beta is the New York Feed, a brand new in-game social feed that will showcase the accomplishments of gamers and their friends while offering dynamic challenges to complete. Crysis 3 multiplayer also contains exciting new gameplay features including Rip & Throw, which allows players to interact with the elements of the environment to use as weapons or shields as well as the chance to control the Pinger, a fearsome alien tripod war machine that can be used to devastating effect.

Crysis 3’s MP Beta will end on February 12th and weights around 3.4Gb (almost double the size of the console counterpart). Nvidia users should also download the latest GeForce Beta drivers from here.