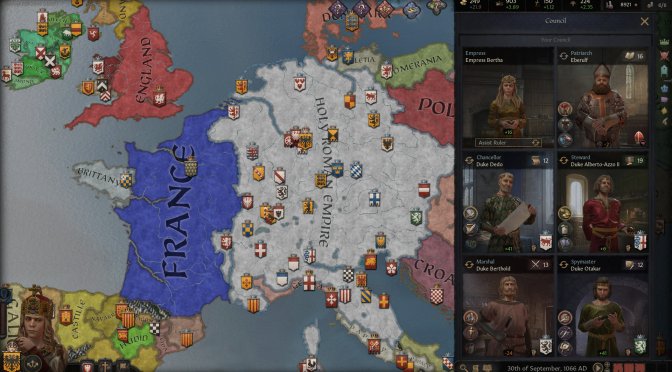 Paradox Interactive has announced that Crusader Kings III will release on September 1st. In order to celebrate this announcement, the team has released the game’s story trailer that you can find below.

Crusader Kings III is the sequel to one of the world’s most beloved strategy games. As its description reads.

“Rich with new historical content and character options, it has never been easier to wrap yourself in the ermine cloaks of power, writing your own story of castles, knights, crusades, and murder.”