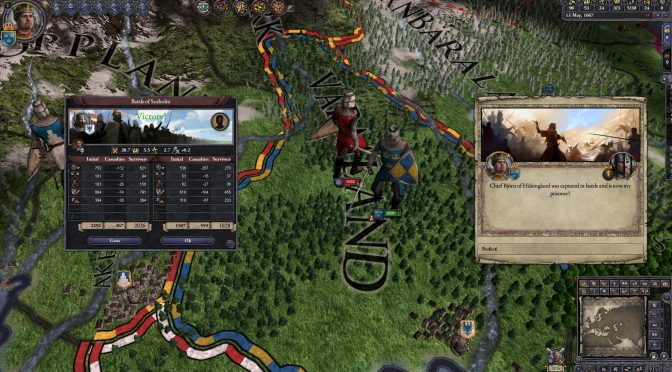 Paradox Interactive is currently giving away free Steam copies of its strategy game, Crusader Kings 2. Those who acquire their free copies in the next 40 hours will keep this game forever in their library. In other words, this isn’t your usual free-to-play offer that most Steam games offer.

Crusader Kings 2 is the long awaited sequel to Crusader Kings, developed by the acclaimed team behind the Europa Universalis, Hearts of Iron and Victoria series.

The game explores one of the defining eras in world history, covering the volatile period of the 11th to 15th century, in an experience crafted by the masters of Grand Strategy. Medieval Europe is brought to life in this epic title rife with rich strategic and tactical depth.

Crusader Kings 2 was released in 2012 and those interested can acquire their free copies via the game’s official Steam page!