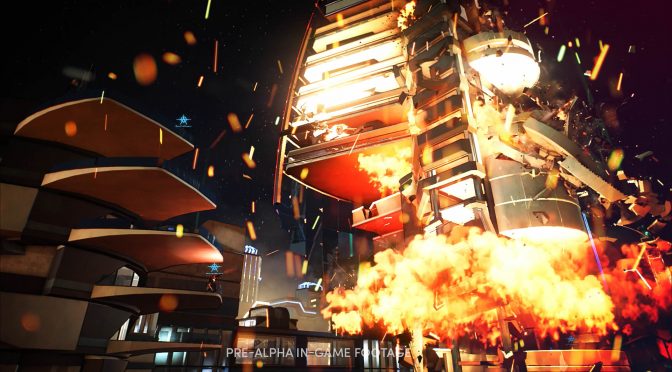 Back in 2015, Crackdown 3 was advertised as the game that would show the power of the Cloud and that it would offer incredible destruction never before seen in any game. However, that was in 2015. The game will release in a couple of days and as we can see, the destruction system has been severely downgraded.

Back in 2015, the developers claimed that each and every bullet would have an affect on the surfaces. Contrary to other games, Crackdown 3 was meant to have “physical” bullets, however its 2019 build seems to be the exact opposite of what the developers were promising. Developers also claimed that players would be able to carve their own shapes with their bullets and those shapes would have proper physics, something that is not possible.

What’s even more disappointing is that the developers were claiming that players would be able to completely destroy whole buildings in the multiplayer mode, something that is not possible as there are indestructible pillars supporting the buildings.

The developers were also claiming that the falling buildings would have proper physics and would affect all the other buildings, something that – again – is not possible in the game’s multiplayer mode that is powered by the Cloud.

Furthermore, the debris is disappearing after a while, something that was not happening in the 2015 build (which obviously made the whole destruction system look more impressive than what we’ll be getting in 2019).

Now don’t get me wrong, it’s pretty amazing that the Cloud actually works, however, this is a far cry from what Microsoft was promising back in 2015. Perhaps the publisher shouldn’t had overhyped the Cloud and how impressive the destruction system of Crackdown 3 would have been thanks to it!